Billionaire entrepreneur and founder of SpaceX, Elon Musk, tells his plan to colonize the red planet sooner than he thought and make it ‘affordable’.

“What I really want to try to achieve here is to make Mars seem possible – like it’s something we can achieve in our lifetimes,” said Musk as he was giving a speech at the International Astronautical Congress on Tuesday in Guadalajara, Mexico.

Musk said that if we stay on Earth forever, extinction will be inevitable. “The alternative is to become a spacefaring civilization and a multi-planetary species.”

He spoke of how the estimated cost of a trip could cost up to $10 billion but not many people can afford that and they would not be able to achieve their vision of a colony.

“You can’t create a self-sustaining civilization if the ticket price is $10 billion per person,” he said.

“Our goal is to get it roughly equivalent to the cost of a median house in the United States, about $200,000.”

His colonisation plan uses a fully reusable transportation system that would take 100 people and 80 days to get to Mars and eventually as little as 30 days.

This reusable transportation system will keep the cost low.

His plan could take 100 years to get to a population of a million people where the planet is self-sustaining.

“I want to make Mars seem possible, something we can do in our lifetimes… and that anyone can go if they wanted to.”

The first Mars flight could take place in 2022, according to SpaceX’s timeline for Mars colonization.

The price could eventually come down to $100,000 to $140,000. If someone wanted to return to Earth they could take a returning spaceship, “for free”, Musk added.

“The risk of fatality will be high. There’s no way around it. Basically, are you prepared to die, and if that’s OK then you’re a candidate for going,” 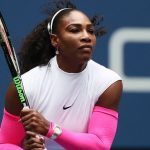 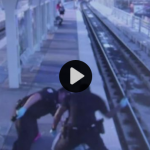