Over the last few years, it’s become fashionable to Apple cofounder Steve Jobs and more-or-less dis Microsoft cofounder Bill Gates. But Mark Zuckerberg is having none of that.

“When I was growing up, Bill Gates was my hero,” Zuckerberg said on stage at the TechCrunch Disrupt conference on Wednesday.

To which Michael Arrington, on stage interviewing him, responded. “Oh come on! He’s like Darth Vader. He not Luke Skywalker. He’s the bad guy.”

“No he is not,” Zuckerberg defended. “Bill Gates ran one of the most mission-driven companies I can think of. Microsoft had a great mission. To put a computer on every desktop and in every home.”

Bill Gates “is one of the greatest visionaries that our industry has ever had,” Zuckerberg said.

He’s put his money where is mouth is. Facebook sold Microsoft a 1.6 percent stake in 2007, although Gates was no longer running the company at the time. Zuckerberg was also one of the first 17 billionaires to participate in Bill Gates’ Giving Pledge, which is a commitment by the world’s wealthiest people to give the majority of their wealth away to philanthropy. 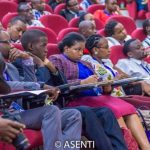 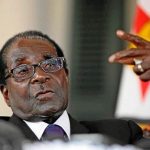