Pope Francis said Saturday that silence on cases of sexual abuse in the Catholic Church could “no longer be tolerated”. He ordered a “further investigation” into the Vatican archives on American Cardinal Theodore McCarrick, dismissed from office after accusations of sexual abuse.

ALSO READ:  Africa Is The Most Exciting Growth Region In The World And Here's Why!!

The pope said that the church must “tackle the great plague” that undermines the institution for some time. He explains that the church has a duty “to prevent such crimes from happening in the future to the detriment of the most innocent and vulnerable in society. “

The pope, who has so far refused to comment on the case of Cardinal Theodore McCarrick, has now ordered an investigation into his case.

The McCarrick scandal erupted in August when Italian Archbishop Carlo Maria Vigano, former Vatican ambassador to the United States, wrote a letter in which he asked the pope to resign because he was aware of sexual misconduct from McCarrick but decided to stay silent.

Earlier this week, and in this time of crisis for the church, caused by the scandal of sexual abuse, Pope Francis opened a synod of bishops that will continue until October 28. More than 250 bishops from around the world attend the meeting, as well as 40 young people. 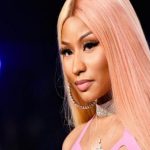 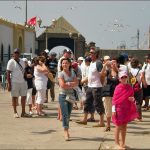