From now on, it is Beyoncé that remains and holds the crown of the most beautiful woman star in the world. The singer has managed to dethrone Angelina Jolie to the rank of most beautiful star, and woman, of the world.

The readership of the Buzznet site placed the American singer in first place in the ranking of the thirty most beautiful women on the planet who took part in this beauty competition. This election of Jay-Z’s wife was not contested. Several observers have pointed out that this choice is really objective in light of the criteria that have been put forward to elect the most beautiful woman star in the world.

In this ranking, just behind the American singer, we find Piyanka Chopra, the Indian actress, star of the series “Quantico”. After learning the results, she did not fail to thank her fans on Twitter. “Thanks to Buzznet and all those who voted. Beyoncé is number 1 for me too! “, One could read in the words of the star.

In the third place, Victoria’s Secret Taylor Hill, followed by Emma Watson, Dakota Johnson and … Hillary Clinton. It must be said that participants and voters were all pleased with Beyoncé’s choice as the most beautiful woman and star of the world. It is really a great joy for Jay-z to know that he married the woman who just won the beauty contest, among so many famous women. 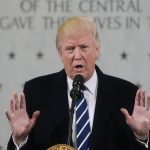 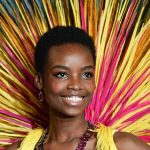