ALSO READ:  Zimbabwean President Robert Mugabe Explains Why He'll Be Retiring - "I Believed I Had Now Defeated The British And Americans”!
Loading...

He made the statement Saturday in his address to the nation on the eve of the 61st anniversary of Benin’s Independence Day, in the economic capital of Cotonou.

ALSO READ:  Did You Know? Benin Republic Is The Fastest Place In The World To Start Online Business

Talon said that Benin, as a nation taking its place increasingly on the international scene, may speak with a strong voice.

“But we absolutely have to work over and over again to develop and empower ourselves so as not to depend on the charity of others but to ensure their own autonomy,” he said.

Due to COVID-19 pandemic, Benin on Sunday celebrated its 61st Independence Day in a sober way, without the usual events such as the military and civil parades.

As of Sunday, the country registered a total of 8,394 confirmed COVID-19 cases, of whom, 8,136 people have recovered, and a death toll of 108. Benin reported its first positive case on March 16, 2020, according to the Africa Centers for Disease Control and Prevention (Africa CDC). 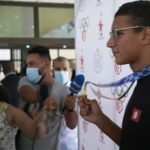 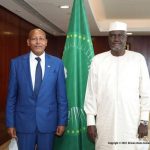