An analgesic or painkiller is any member of the group of drugs used to achieve analgesia, relief from pain.

Analgesic drugs act in various ways on the peripheral and central nervous systems. They are distinct from anesthetics, which temporarily affect, and in some instances completely eliminate, sensation. Analgesics include paracetamol (known in North America as acetaminophen or simply APAP), the non-steroidal anti-inflammatory drugs (NSAIDs) such as thesalicylates, and opioid drugs such as morphine and oxycodone.

In choosing analgesics, the severity and response to other medication determines the choice of agent; the World Health Organization (WHO) pain ladder specifies mild analgesics as its first step.

Analgesic choice is also determined by the type of pain: For neuropathic pain, traditional analgesics are less effective, and there is often benefit from classes of drugs that are not normally considered analgesics, such as tricyclic antidepressantsand anticonvulsants.

The study published in the British Medical Journal states that seven traditional non-steroidal anti-inflammatory drugs (NSAIDs), can be more dangerous than helpful.

They are; diclofenac, ibuprofen, indomethacin, ketorolac, naproxen, nimesulide and piroxicam as well as COX-2 inhibitors – etoricoxib and rofecoxib.

It was discovered that people who had taken any NSAID in the previous 14 days had a 19% increased risk of hospital admission for heart failure when compared to those who had used NSAIDs at any point in the past.

During the course of the study, 10 million NSAID users with an average age of 77, were considered.

“Even a small increase in cardiovascular risk is a concern for public health”. The fact they can be bought in supermarkets “further fuels the common misconception that NSAIDs are harmless drugs that are safe for everyone”, said an editorial on the research.

Peter Weissberg, professor and medical director at the British Heart Foundation, advised doctors to be more conscious of the manner in which they prescribe drugs for patients.

“This study serves as a reminder to doctors to consider carefully how they prescribe NSAIDs, and to patients that they should only take the lowest effective dose for the shortest possible time”, Weissberg said. 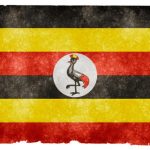 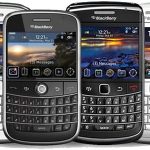