Azuri Technologies, a provider of pay-as-you-go solar home systems and Unilever Kenya, a player in consumer goods in Africa, have announced a partnership to bring solar home solutions to millions more off-grid homes across Kenya. 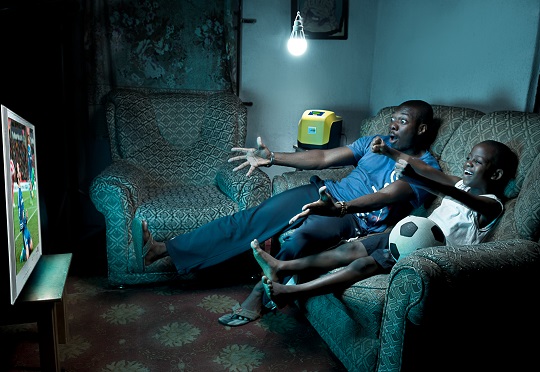 The announcement comes as Prime Minister Theresa May and UK business leaders, including Azuri CEO Simon Bransfield-Garth, arrive in Kenya for a state visit to boost trade ties.

Under the terms of the deal, Azuri’s Quad solar home system will be co-branded with the Unilever Sunlight brand and offered through Unilever’s distribution network, which in Kenya is some 67,000 smallholder traders. The Unilever distribution network will complement Azuri’s existing partners in country, Raj Ushanga House and Mobicom.

Over 600 million people in Africa have no access to electricity and many such households are located in regions where the provision of grid electricity is prohibitively expensive. Azuri has been helping to address this challenge since 2012, through its innovative solar home solutions, delivering reliable, renewable and distributed power on an affordable pay-as-you-go basis.

The partnership between Azuri and Unilever marks the next step in this journey, expanding the reach of pay-as-you-go solar through the widely-recognised and trusted Sunlight brand of washing powder and building on Unilever’s mission to bring high-quality sustainable products to Kenyan consumers.

Solar power has been shown to have powerful economic and social benefits. A recent study reports owners of solar home systems on average increased their incomes by US$35 per month. In addition, data shows that children spend more time doing homework in the evenings and to date, Azuri has created over 2,000 new jobs through its Kenyan partner companies to sell, support and maintain solar home systems.

“The partnership with Azuri will help deliver life-changing solar technology to off-grid communities and provide Unilever customers and traders with the benefits of modern energy. Solar power is proven to support the local and wider economy and further supports Unilever’s commitment to the UN Sustainable Development Goals,” said Justin Apsey, Managing Director East Africa at Unilever.

Azuri CEO Simon Bransfield-Garth said: “Azuri is delighted to be partnering with Unilever to expand further the reach of solar pay-as-you-go technology. The partnership is fully aligned with both Azuri and Unilever’s mission to a triple bottom line of simultaneously delivering social, environmental and financial returns to customers and investors alike.”

Ahead of the announcement Prime Minister Theresa May commented: “Azuri Technologies’ innovative approach to mobile technology embodies the pioneering spirit of innovation for which Cambridge is globally renowned. I’m delighted that Azuri Technologies is joining me on this visit and they are a fantastic example of the success UK companies can achieve when they think big and forge global partnerships.”

AzuriTV, the first PayGo solar TV system of its kind to be launched in Africa, features a 24-inch super slim LED TV, over 100 satellite TV channels, four bright LED lights for use inside and outside the home, mobile phone charging, rechargeable radio and rechargeable torch.

In 2018, AzuriTV was named ‘Innovative Technology of the Year’ at the annual Africa Utility Week Industry Awards, honouring pioneering projects and people in the industry. Azuri was also named the 233rd fastest growing company in Europe by the Financial Times and named in Red Herring’s Top 100 Europe. 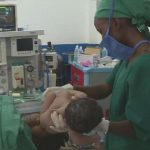 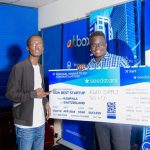