Her obituary described her as “passionate about public service and the necessity of giving back to the community.” Azie Taylor Morton did that and more, taking into consideration her underprivileged childhood.

Born on February 1, 1936, in Dale, Texas, to a mother who was deaf and mute, Taylor did not know her father and was raised by her maternal grandparents on a small farm.

Since there was no high school for African Americans in Dale, Taylor attended high school at a charity-sponsored school for black children in Austin called the Texas Blind, Deaf, and Orphan School.

Taylor attempted to enroll in the University of Texas’s graduate program but her admission was denied on the grounds that she did not have enough undergraduate courses. She then decided to complete the admission requirements but was unable to because of the state’s segregationist policy that disallowed African Americans into undergraduate programs.

Taylor then took up a teaching job at a school for delinquent girls before going back to her alma mater to serve as assistant to the president of the college. She was there for a few months. In 1957, she applied and was given a job as a staff member for the new Texas AFL-CIO, a major labor union.

Later, she moved to Washington to serve on President John F. Kennedy’s Committee on Equal Employment Opportunity, and this will begin her 20-year service in the public sector that eventually led to her appointment in 1977 as Treasurer of the United States.

ALSO READ:  Azie Taylor Morton, The Only African American To Hold The Post Of Treasurer Of The United States

The only African American to serve as Treasurer of the United States, she held the post until 1981. As treasurer, she was responsible for the receipt and custody of government funds and reported to the secretary of the treasury, the principal economic adviser to the president.

Her signature was printed on U.S. currency during her tenure, making her the only African American female signor of U.S. currency.

The teacher and politician also served the country in several international capacities, including being a member of the American Delegation to Rome for the Enthronement of Pope John Paul II, and chair of a People to People Mission to the Soviet Union and China.

She further worked as an election observer for presidential elections in Senegal, Haiti and the Dominican Republic and became a representative of the African/African American Conference held in Africa.In Austin, Morton served on the Austin Housing Authority Board of Commissioners (HACA) from 1999 to 2001, where she pushed for awarding scholarships to low-income residents.

The HACA would set up the Azie Taylor Morton Scholarship Fund after her death, donating $5,000 in her name to provide scholarships for low-income students who were attending Huston-Tillotson College.

At the time of her death in December 2003 after suffering a stroke, Taylor was the manager of Ram Bookstore, an independent store that served Huston-Tillotson students.

One of Morton’s daughters, Stacey Hurst later shared details of how her mother used to invite students into their home, providing them with clothing, gifts, among other items they could not afford.

To former Texas state representative Dawnna Dukes, Taylor “was a no-nonsense kind of woman but at the same time a caring woman.”“She taught you that you could be a woman and an African American and succeed regardless of the obstacles before you.” 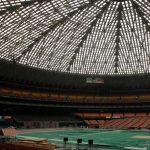 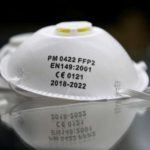