“Despite improvements, the economic and social growth achieved so far in Africa is very fragile and susceptible to climate risks and disasters hence negating the progress made towards achievement of national goals and overall attainment of Agenda 2063 and the global Sustainable Development Goals (SDGs),” the AU said in a statement issued on Wednesday.

ALSO READ:  '0.5% Fine Every Time an Animal Appears in Your Adverts': United Nations Gets Tough, Slaps Corporate Companies Using Animals in their Logos

“Over the past 20 years, climate-related disasters have increased exponentially in Africa,” the AU said, adding that the vulnerability of the African continent was recently evident when more than 1,000 people were killed across Malawi, Mozambique, and Zimbabwe due to Cyclone Idai.

ALSO READ:  South Africa Is Running Out Of Other People's Money - Top Analyst

It recalled a recent World Bank report that many African countries have made significant development achievements in the last few decades with annual growth averaging 4.5 percent, “but increasing weather, water, and climate risks threaten these gains.”

“Since 1970, Africa has experienced more than 2,000 natural disasters, with just under half taking place in the last decade,” the statement said.

Countries recovering from protracted civil wars and disasters, and small island states are particularly vulnerable to climate change and natural hazards, it said.

The AU emphasized the crucial importance of the adoption of global climate-focused agendas such as the Paris Agreement, the Sendai Framework, the Sustainable Development Goals (SDGs) and the New Urban Agenda.

“Translating these policies into action is being undertaken through overarching continental programs on resilience,” the statement said.

African states have to redouble their efforts in mobilizing domestic resources to achieve resilience targets, it said.

“Similarly, the international community should continue to play its vital role in supporting resilience building in Africa,” the statement said. “Additional efforts is required to build technical capacity of African states to build their resilience to climate change and disaster risks.” 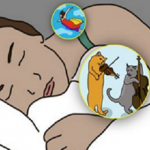 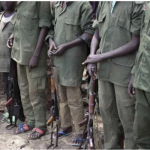