With this wealth, Business Insider SSA understands that the Dangote’s net worth is ‘an inch’ higher than the combined wealth of two South Africa’s richest men. This stats also confirmed him as Africa’s richest man for the 7th time.

ALSO READ:  This is Mike Adenuga, the Nigerian Billionaire Closing in on Aliko Dangote as Africa's Richest Man

The combined wealth of the two Southern Africa’s richest men is approximately $14.7 billion, which is $.1 billion lower than that of Nigeria’s Aliko Dangote.

Aliko Dangote is Africa’s richest man for the 7th time

Aliko Dangote and other officials at Dangote Refinery site
Twitter/DangoteGroup

The 61-year-old business mogul maintains his strong business acumen and respect across the continent. Currently focusing on his refinery site, when finally completed, his wealth is expected to rise further.

In a December 2019 Business Insider SSA’s article, Dangote was also among the continent’s richest men who experienced an upswing in fortune among members of the three commas club. 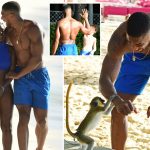 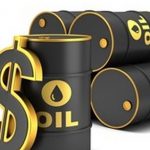