At the time of John Rogan’s death, he was 8 feet, 9 inches tall, making him the tallest African American on record and the second-tallest man after Robert Wadlow.

Referred to as the “Negro giant” in various news media, Rogan was a sight to behold and gained enormous attention but he suffered from his condition as he couldn’t walk and work.

Born on February 16, 1865, in Hendersonville, Tennessee, Rogan was the fourth of 12 children, and his parents were believed to be sharecroppers.

ALSO READ:  Williams Sisters, Venus And Serena To Be Honoured By City Of Compton!!

He was just like any other child while growing up until the age of 13 when he started growing above the normal human height of any other person from his age group.

He also had ankylosis, where the bones in his joints grew together and he soon had to walk around with the aid of crutches.

By 1882, he could not stand or walk at all and had to move around on a cart he had made for himself that was pulled by goats, according to accounts.

For a man who couldn’t walk or do any physical work, Rogan sold portraits and postcards of himself at train stations while his drawings were also published widely in newspapers.

Throughout the late 19th Century and early 20th Century, freak shows were famous in the United States, from the smallest towns to the largest cities, exhibiting dwarfs, conjoined twins, people with acromegaly, and other oddities.

Gawking at people who were born with deformities was not only socially acceptable – it was considered the top form of family entertainment.

Rogan, whose hands measured 11 inches long and his feet 13 inches long, refused offers to join such shows and continued to make a living through his sale of postcards and portraits.

Also known as Bud Rogan, he continued to grow until his death on September 12, 1905, from complications of his disease. That was when his exact height was measured. According to records, Rogan measured 8 ft 9 in but weighed only 12 st. 7 lb.

He was also the tallest person ever at the time of his death until Robert Wadlow overtook him in 1939. Reports say that to stop anyone from exhuming and examining his body, he was buried in the family yard under solid concrete.

Rogan remains one of 16 individuals in medical history to reach a height of eight feet or more.

Since time immemorial, there have been stories of men and women who grew above the normal human height — a phenomenon that has attracted several scientific terms, such as pituitary gigantism, eunuchoid tallness, acromegaly, and Sotos syndrome.

Scientists say children who have an adenoma, a tumor of the pituitary gland, may secrete too much growth hormone which can cause them to grow much taller than they otherwise would.

According to an article by Medical News Today, gigantism is almost always the result of a pituitary tumour, though some rare medical conditions can also cause excessive growth. These include Carney complex, neurofibromatosis, McCune-Albright syndrome and multiple endocrine neoplasia type 1.

“People who are abnormally tall are also at risk of a wide number of health issues. Their excessive size can strain the metabolic system and cause cardiovascular problems, including an enlarged heart,” the article added. 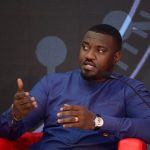 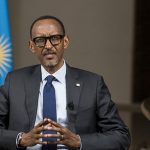