SIBO is defined as an increase in the number of bacteria or the presence of abnormal bacteria in the small intestine. Currently, >100,000 bacteria per mL is considered to be the cutoff for a diagnosis [R].

In most cases, SIBO is caused by multiple strains that live in the colon. It is less common for SIBO to be a result of an increase in the number of bacteria already found in the small bowel

Bacteria can cause damage by stealing nutrients and releasing toxins. This leads to mal-absorption and malnutrition.

The bacteria can also steal protein before it is absorbed, leading to protein deficiency.

SIBO can cause a variety of diverse symptoms which include [R]:

Because these are general, nonspecific symptoms, it can be hard to tell the difference between SIBO and other conditions such as IBS, lactose intolerance, or fructose intolerance.

It is not known how frequent SIBO is in the general public. A study in 34 healthy young adults found the syndrome in ~6% of them [R].

SIBO is linked to several other diseases, including IBS and autoimmune diseases. In many cases, the severity of these diseases also relates to the amount of bacteria.

SIBO is present in 30-85% of patients with irritable bowel syndrome . In 111 patients with IBS, treatment with the antibiotic neomycin improved their symptoms.

The prevalence of SIBO in celiac patients varies between 50-75%.

SIBO may also cause diseases outside of the gut. One study found SIBO in 46% of rosacea patients. Ten days of antibiotics completely reduced skin lesions in 20 out of 28 patients and greatly improved the condition in six of the remaining eight. Those who did not receive treatment either saw no improvement or their skin condition got worse [R].

A study showed that all 42 patients with fibromyalgia tested positive for SIBO. The severity of the overgrowth was linked to the degree of pain [R].

5) SIBO and Other Diseases

SIBO is also common in people with:

The amount of overgrowth is related to the severity of these diseases as well.

SIBO is usually caused by many factors and conditions.

These can be broken down into three distinct groups [R]:

Underactive Immune System in the Gut

Immunoglobulin A (IgA) is a type of antibody that helps fight bad bacteria in the gut. SIBO is common in people with a genetic condition that lack IgA (selective IgA deficiency) [R]. Bacterial overgrowth is also common in AIDS patients due to an underactive immune system [R]

Structural flaws in the small bowel can lead to SIBO. Certain structural abnormalities trap bacteria and allow them to accumulate.

Diverticula are small pouches in the small intestine that can become inflamed. These pouches can collect bacteria and lead to SIBO. Treatment with antibiotics decreased the SIBO and the inflammation

Bad Connections Between Intestine and Organs

Intestinal fistulas are unnatural connections between an organ and the intestines. Bacteria can become trapped in these connections

Normally, the muscles lining the stomach and small intestine will contract and relax in waves. This process is known as the migrating motor complex (MMC). The MMC stops bacteria in the colon from coming up into the small bowel [R].

Peristalsis is the movement of food down the gut caused by wavelike contractions of muscles lining the gut. It occurs whether food is present or not.

Any disease or disorder that stops the MMC or slows peristalsis will let bacteria from the large intestine travel into the small intestine.

Diabetic neuropathy is damage to the nerves of the gut from diabetes. When the nerves become damaged because blood sugar is too high, gut movement slows down and bacteria are

Scleroderma is a chronic connective tissue disease. It partially blocks the intestines, slowing down the movement of food. This allows bacteria to accumulate.

If you have SIBO, you may want to keep the drinking to a minimum. Heavy alcohol use has been associated with SIBO. Even moderate alcohol consumption (1 drink/day for women, 2 drinks/day for men) can lead to SIBO. Alcohol damages the gut in many different ways, including: 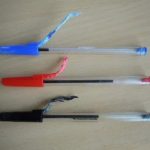 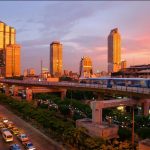