The Prime Minister of Antigua and Barbuda has said that the Caribbean nation will hold a referendum within three years to decide if they want to remove the British monarch as Head of State and become a republic.

According to news.com.au, the announcement by Prime Minister Gaston Browne came after the September 8 death of Queen Elizabeth and the subsequent proclamation of King Charles III as the new UK monarch.

ALSO READ:  Forbes' 2017: Check Out The Worst And Best Cities For Driving
Loading...

“This is a matter that has to be taken to a referendum for the people to decide,” Browne told ITV News. “This is not an act of hostility, or any difference between Antigua and Barbuda and the monarchy.”

The Prime Minister also said the aforementioned move will be “a final step to complete the circle of independence to become a truly sovereign nation” and it does not constitute “any form of disrespect to the monarch”.

The twin-island nation joins other Commonwealth countries that have signaled their intention to remove the British monarch as Head of State and become a republic. In November last year, Barbados removed Queen Elizabeth II as its Head of State to attain a Republican status. The Caribbean nation currently has a home-grown president.

And during the visit of Prince William and his wife to Jamaica in March, Prime Minister Andrew Holness informed the Duke and Duchess of Cambridge of the Caribbean nation’s intention to end its colonial ties to the British monarchy.

Holness said Jamaica aims to achieve “its true ambitions as an independent, developed, and prosperous country.”

In April, Belize also signaled its intention to remove Queen Elizabeth II as the Caribbean nation’s Head of State and officially become a republic, How Africa reported. 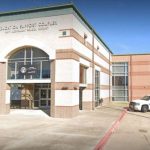 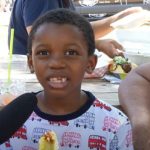