Anthony Joshua suffered a second defeat of his professional boxing career to surrender his heavyweight titles to Ukrainian Oleksandr Usyk at a silenced Tottenham Stadium – and set back his plans to fight Tyson Fury yet again.

Joshua, defending his IBF, WBA and WBO belts, was sluggish throughout and failed to handle the southpaw sting of undefeated Usyk, fighting only his third heavyweight contest.

It went the distance but the judges had it unanimously in Usyk’s favour after 12 gruelling rounds for the Brit, whose aspirations of fighting Fury in a heavyweight unification rumble will once again have to wait. 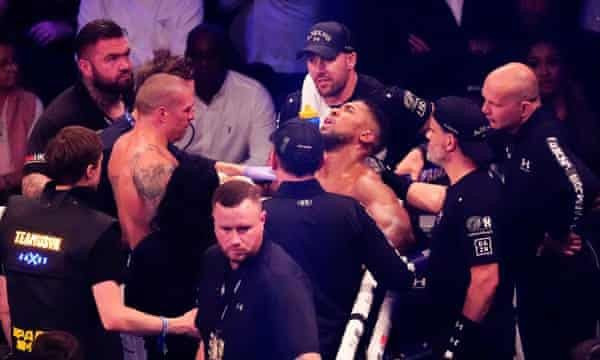 When Joshua lost to Andy Ruiz Jr in New York in 2019 he was granted a rematch. And it’s expected that a second clash with the confident, clinical Usyk will be next on the agenda.

It was a miserably slow start for AJ in front of more than 60,000 fans inside Tottenham’s billion-pound home. He was rocked as early as the third round by a swift left hook from his opponent, who had the feel of the home boy throughout the contest.

Joshua came back in the middle rounds and got the crowd on their feet with a neat connection in the sixth – but it was a rare shot for the 31-year-old, whose right eye ballooned as the fight wore on.

Down on all three scorecards in the 12th, Joshua went for broke but finished the fight lounging on the ropes sustaining a barrage of Usyk attacks.

“The fight went exactly the way I expected it to go. There was times when Anthony pushed me hard but nothing special,” said Usyk.

“I had no objective to knock him out. My corner pushed me not to do that. My trainer said no and to stick to my job.

“I’ve been working so hard since January. It took me some half a year. I miss my children. I want to go home. I’m not thinking about the rematch.

“You didn’t see the best Usyk. I can be much better.” 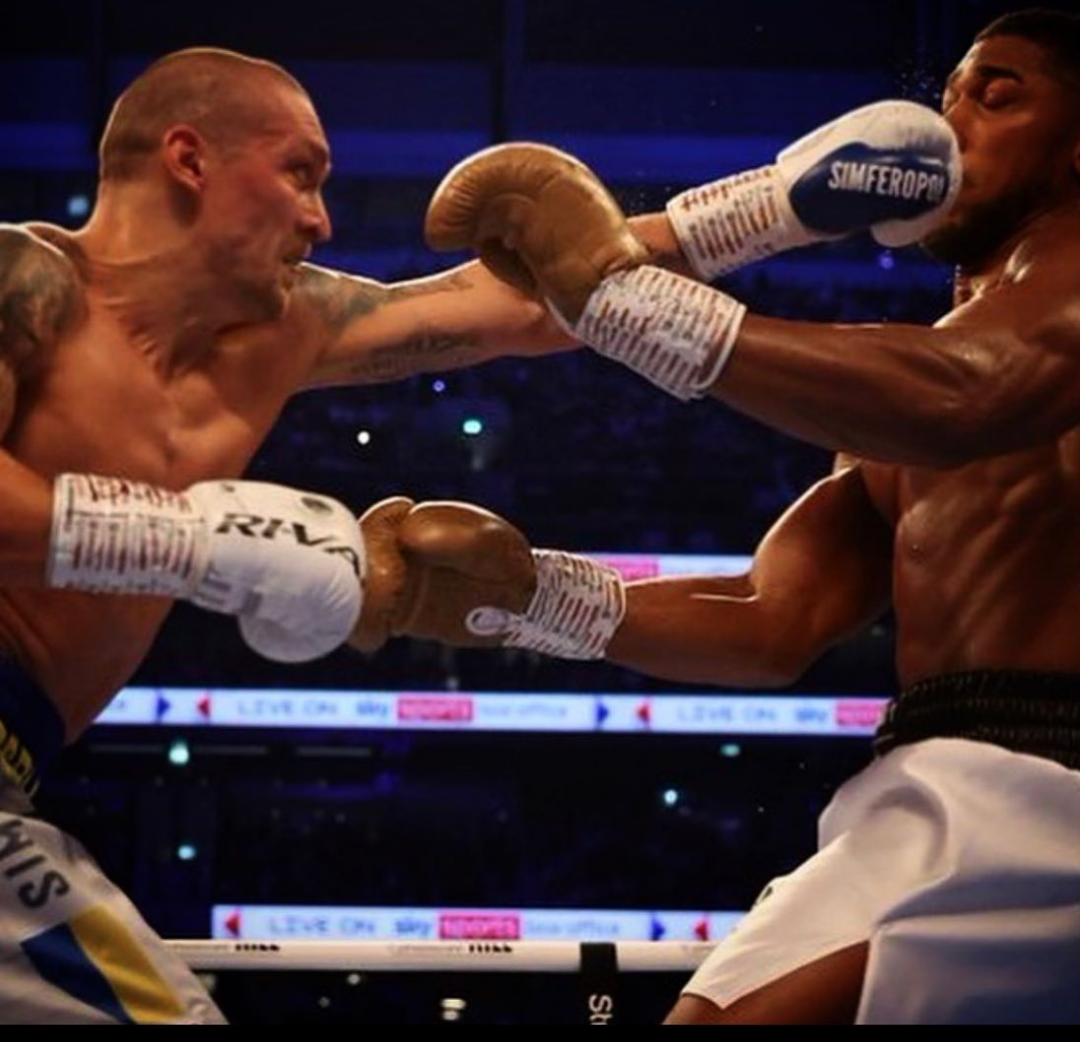 Another setback for AJ

Joshua took the Usyk fight only after a bout with Fury was put on hold following Deontay Wilder’s successful appeal to face Fury first.

That fight – the third contest between Fury and his American foe – is scheduled for a fortnight’s time, after which plans for Joshua vs Fury were meant to be ironed out.

But a rematch with Usyk is likely to be settled before that. Just like with Ruiz Jr two years ago, Joshua had his victor back in the ring within six months and reclaimed his belts.

He will have to do the same again here – and he will have to impress. He did his homework on Ruiz Jr the second time round and deservedly reclaimed his belts. But he’s by no means guaranteed victory in a rematch here.

We knew technically former cruiserweight Usyk would offer something different to previous opponents. We didn’t expect it to be such a shock to Joshua’s system.

Whether he can draw a crowd as optimistic as this again remains to be seen. In a sport where undefeated records speak volumes, Joshua is becoming susceptible to being silenced. 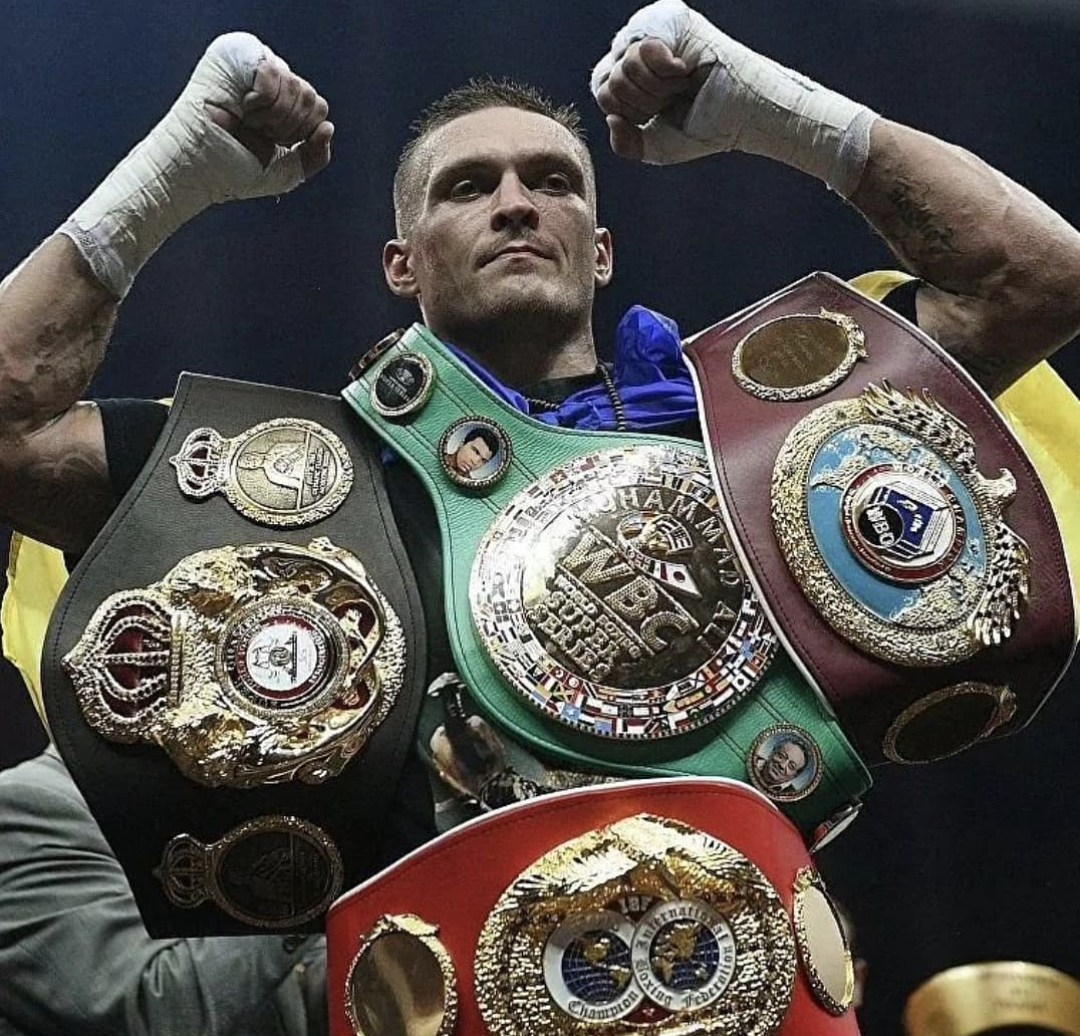 “Usyk is very fit, he’s got great feet, he threw a lot of punches. He was probably a bit more aggressive than anticipated.

“It was a tough defeat. He got beat by the better man on the night. It’s going to be difficult because Usyk’s confidence will be sky high.

“He [Joshua] will want to go straight back into the rematch. The desire is still there. He can do so much better in that fight.” 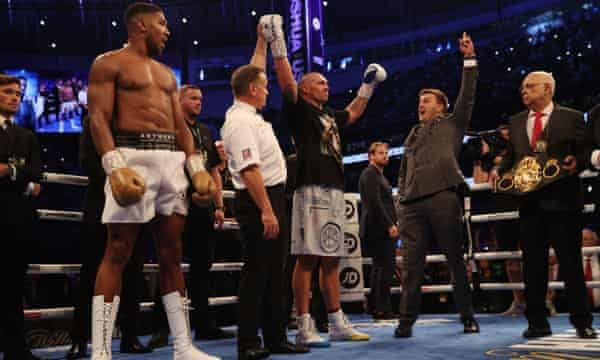