An unarmed black man has died after being shot by a police officer in El Cajon in southern California on Tuesday, the local police department said, appealing for calm as local media reported crowds had gathered at the scene of the shooting.

The death comes less than two weeks after black men in Charlotte, North Carolina and in Tulsa, Oklahoma, were shot dead by police, sparking protests. In Charlotte, rioting prompted the authorities to impose a state of emergency.

Similar deaths have added to a torrent of accusations over racial bias in U.S. law enforcement and calls for greater police accountability for the killings of black people.

The El Cajon Police Department said two officers had responded to a call regarding a man walking in traffic. He refused their instructions to remove his hand from his pocket and then pulled out an object from his pants and pointed it at them, the department said in a statement.

The officers then simultaneously shot and Tasered the man who died after being taken to hospital, the department said.

During a news conference hours after the shooting, El Cajon Police Department Jeff Davis said no weapon was found on the scene. He did not say what exactly the man pointed at the unidentified officers.

The incident prompted crowds of people to gather throughout Tuesday night at the scene and at the El Cajon Police Department, where they demanded information about the shooting, according to local media.

Video emerged on social media purportedly showing the moments after the incident at the scene. In the video, a woman, who claimed to be the man’s sister, is heard saying that she called police.

“Oh my God. You killed my brother. I just called for help and … you killed him,” the unidentified woman said as she sobbed.

Police released a still photo from the video that depicted what appeared to be two officers pointing weapons at an individual who was pointed an object at them. At least one of the officers in the photo appeared to be white.

A study released in July shows police used force on black people at rates more than three times higher than for whites.

“Now is a time for calm,” Davis said at the news conference.

“I implore the community to be patient with us, work with us, look at the facts at hand before making any judgment.” 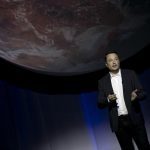 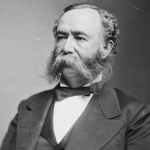