Governors and ministers in Angola are all on their toes considering the number of top political leaders who have lost their jobs within a space of two days following the recent sack sanctions ordered by President João Lourenço.

In a widely circulated report by All Africa, the president has ordered the immediate sacking of some governors and ministers in the country; in some cases, immediate replacements were announced.

No official reasons have been given for the actions but it has raised political tension in many parts of the country, with no one aware of where the hammer will fall next.

The sackings were carried out through a presidential order, according to the order, the affected provinces were given immediate replacements as new appointments were made with immediate effect.

Just when we thought that was all, the president issued another order which announced an immediate sack of António Paulo Kassoma, Luís Manuel da Fonseca Nunes and Sérgio Luther Rescova Joaquim, as members of the Council of the Republic.

In their place, the president appointed Luísa Pedro Francisco Damião (in the representation of the ruling MPLA party) José Carlos Manuel de Oliveira Cunha and Suzete Francisco João as members of the Council of the Republic.

The Vice-Principal for Scientific and Post-Graduation Department of the public Agostinho Neto University, Maria Antonieta Josefina Sabina Baptista was not spared either.

The Secretary of State for Agriculture and Farming, Carlos Alberto Jaime Pinto was also shown the door, José Carlos Lopes da Silva Bettencourt was brought in as his replacement.

Nothing has been said on why the top officials were sacked, we will keep you informed once more information unfolds. 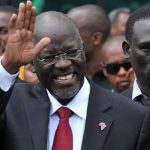 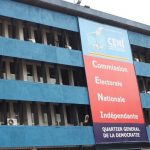