Some more detail is available about the new constitution that President Alassane Ouattara proposes to implement. On Wednesday, October 5, Ouattara presented his 57-page draft to the National Assembly.

The main innovations contained in the document are the creation of a Senate and of the post of vice-president. Two thirds of the Senate would be elected indirectly and a third named by the president, and the vice-president would take over as acting head of State in case of the president’s incapacity. The Senate would vote on legislation together with the National Assembly.

The National Assembly will now begin the debate on the document, which is scheduled to be subject to a referendum on October 30.

Former President Henri Konan Bédié, whose Democratic Party of the Ivory Coast (PDCI) is part of a political alliance with Ouattara’s Rally of the Republicans (RDR), expressed his wish that “the population massively adopt this new project for a social contract.”

Ouattara described the constitution as “that of the third republic” in his remarks; this may be a clue that the constitution might at least partly serve to justify a third term in office for Ouattara, whose current term ends in 2020. In the same context, we note that the document scraps clauses in the current constitution which require presidential candidates to be younger than 75 and born of two Ivoirian parents – Ouattara’s father is Burkinabe and he will celebrate his 75th birthday next January.

For the moment, however, we still expect he will stick to promises he has made publicly to step down in that year.

The opposition is quite vehemently opposed to the project. Pascal Affi N’guessan’s faction of the Ivoirian Patriotic Front (FPI), the main opposition party, talks of “monarchical abuses of power” and has called for a march against the new constitution on Saturday, October 8.

Mamadou Koulibaly, chairman of Liberty and Democracy for the Republic (Lider), an opposition party, was briefly detained on Wednesday morning when he tried to approach the National Assembly building for an act of protest. The building was cordoned off by police, who did not allow any dissidents to come near it.

The real opposition – the FPI faction led by Abou Drahamane Sangaré – has kept out of the debate, and is subject to more constant pressure from the security services than Affi’s faction.

We expect the constitution to be passed in the referendum thanks to the current strength of the PDCI-RDR coalition and the opposition’s weakness, and also for the coalition to then do well in the legislative election to be held in November.

We think the institutional changes will make the State more robust, and expect continued improvement of the business environment, which Ouattara has done much to ameliorate.

The risks flowing from the move are longer-term ones: of gradually increasing opposition to the government as reconstruction-related economic growth begins to flag and especially if there are more signs in future that Ouattara and Konan Bédié intend to keep a strong grip on power. 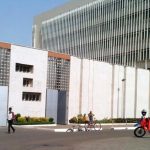 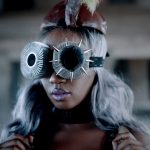