Madonna Louise Ciccone aka Madona, the American megastar of pop has confessed to drink her urine after each concert.

In a video posted on social networks, the queen of pop was filmed with her choreographer Ahlamalik Williams in a hotel at the end of a concert of his tour Mrs. X. Precisely in the bathroom of the hotel in question.

The bathtub in the bathroom was filled with cold water, where innumerable ice cubes were floating. A rap music punctuated the evening in the bathroom. The star started with some boxing and dancing moves.

She had then approached the bath where ice cubes and the temperature was supposed to be 5 ° C. A first step in the water to test its temperature. Then both feet in cold water. Soon, the whole body is wearing a sports shorts suit that disappears in the bathtub. Encouraged by her choreographer, she stayed in this icy bath for a good minute before emerging with a red body.

One minute of this penetrating cold deserves a hot drink. Or lukewarm. And when the sexagenarian shows up with her drink, we think first of all of a good cup of some herbal tea. Until she says, “It’s really good to drink urine after a cold water bath.” 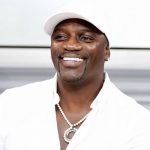 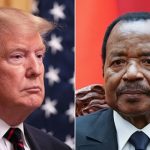