Prosecutors say 35-year-old Daniel John Pye traveled from Florida to Haiti on multiple occasions between 2008 and 2011 for the purpose of s’exually abusing minors. Over the period, they say, he sexually assaulted at least four victims between the ages of 6 and 14.

He has been charged with “traveling in foreign commerce with the purpose of engaging in illicit sexual conduct with a minor,” said Wifredo Ferrer, the U.S. Attorney for the Southern District of Florida.

Pye began running the missionary orphanage that cared for, fed and educated orphans as well as underprivileged children with living parents in the southern coastal city of Jacmel about 11 years ago. He was affiliated with Haitian Children’s Home, but following a financial conflict, Pye was fired by the board of Haitian Children’s Home. However, he continued to run the orphanage with alternative funding.

According to the criminal complaint, the mother of one of Pye’s victims, a 6-year-old who was the subject of most of the s’exual abuse, was fired from her job at the orphanage when she confronted the American about his actions. However, Pye continued to pay her.

“She said Pye had sexually abused her every day, whether his wife was home or not, beginning in 2008, when she was approximately 6 years old,” the complaint stated, adding that the abuse went on until 2011. 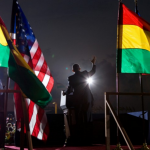 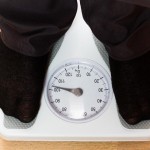