A water bus is an amphibious vehicle that can conveniently move on water and on land.

More often we have seen amphibious aircrafts that can fly and can safely land on water as well. China, for instance, introduced the world’s largest amphibious aircraft-AG600. The massive construction has features that leaves it best described as half boat-half airplane.

Water Buses are commonly used for public transportation, as such they go through laid out routes and make stops while at sea. It has existed for years in some parts of the world.

A water bus helps out in marinas, harbors and cottage areas, providing access to boats and waterfront properties that are not directly accessible by land.

The amphibious car will also be of relevance in tourism. They are often used for the purpose of sightseeing. It could also come into play when de-congesting the traffic has become a problem.

The initial water buses pretty much had the shape of typical sea vessels like boats and ships but this time we have a typical bus sailing at sea. However the extreme ends of the bus’ bottom are slanted to enable the boat make swift movement through the water.

Generally speaking, water buses are the equivalent of buses and subways on dry land. It is so amazing that all we thought were never possible except on science fiction movies have now become a physical reality.

It is worthy to mention that as much as this is a well invented and smart invention, it is not immune to mishaps. On March 6, 2004, in Baltimore, a water bus which served as a seaport taxi and run by Living Classrooms Foundation sank during a storm; killing about 5 passengers. 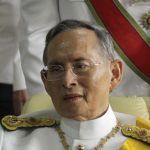 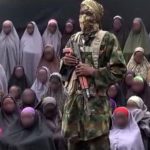