Sports In the group match against Brazil on Tuesday Nothando Vilakazi did wince many users on the position of her hands at a free kick.

So usually it is men who put their 10 fingers on the family jewels of the area, the South African player imitated her male colleagues causing buzz and chain reactions on the canvas.

Some have not hesitated to not doubt the kind of Nothando Vilakazi, recalling the controversy surrounding Caster Semenya, intersexed athlete who had a hit, winning the 800m at the World Championships in Berlin in 2009.

For the football player, the Olympic adventure was closed following the goalless draw in theSelecao , combined with two defeats recorded against China (0-2) and Sweden (1-0). 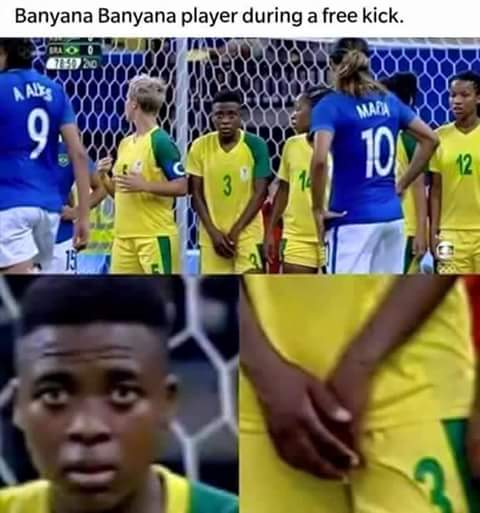