President Yoweri Museveni has said that he does not regret earning little salary because he earns big from farming.

He made the remarks on his two-day working tour of Teso sub-region to promote Operation Wealth Creation, a campaign aimed at ensuring that each household engages in an income generating activity to boost incomes.

“So when I tell you young people that agriculture is wealth, I am telling you what I know,” Museveni said at Emokori playground where hundreds of people attended.

He appealed to the people of Teso to take the advantage of the prevailing peace for developing.

He explained that the NRM government defeated the forces of the Uganda People’s army (UPA), Lord’s Resistance Army (LRA and also managed to disarm the Karamojong that used to raid Teso.

He warned the people of Teso against drinking alcohol saying it damages their health status.

“I don’t drink because alcohol is poison to me,” Museveni said adding that smoking and reckless behavior by youth is leading them to die young.

“Your President is one of the least paid on the continent. Although I earn little from your government, I’m a rich man from agriculture. When I tell you that commercial agriculture is wealth, am telling you what I know,” he said.

He based his estimation of his salary in comparison with other African leaders, on a report by the African Review which put his salary at US$12,000, far less than that of President Paul Biya of Cameroun who earns US$610,000.

“The sectors of development are four and among them is agriculture. If you have finished education and you don’t have a job, go into agriculture because I am a rich man through agriculture,” Museveni explained.

Museveni first visited the model farmer in Kakere, Bukedea and commissioned the rural electrification before proceeding to address a rally at Emokori playground.

He received over 400 opposition supporters who defected to the NRM in Bukedea district.

The President also honoured 69 people who died out of suffocation in Mukura, Ngora district 26 years ago.

On his second day in Teso the president laid a foundation stone of the library and E-learning center at Teso College Aloet before proceeding to attend thanksgiving prayers for Dr. Kenneth Omonawho who was celebrating his appointment as the deputy NRM treasurer. 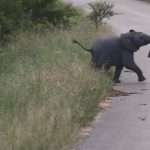