The 26-year-old handball player was the victim of racist insults during a match between his team HCM Baia Mare and HC Zalau during the Romanian championship on Tuesday. La Guadeloupéenne reacted on her Facebook page by declaring herself ” proud of her colour “.

The handball player Allison Pineau is not ready to forget this terrible game Tuesday night. The Guadeloupean currently playing in Romania was the target of racist supporters during a game of the championship. His team of HCM Baia Mare, current dolphin of the championship of Romania won (36-26) on HC Zalau. According to the daily L’Equipe, fans of the latter team did not cease during the match to sing various racist songs and have inveighed the young player, without the referees intervening.

After the game, the very shocked young woman posted a message in English on her facebook page (see below). ” This is how a part of Romania has shown its disrespect, I will never agree with this attitude, I am a brownie and proud of my color .” Allison Pineau adds: ” I will never let Nobody crush me, especially about my origins “.

On the Facebook page of Allison Pineau, many Romanians reacted to support the young handball player and best player of the world of 2009. ” Albert Einstein said:” Two things are endless: universe and stupidity Humanity, “said one.” Another Romanian adds: ” Try not to change your mind about us, the Romanians. We all have idiots. We appreciate you and love you. And I hope you will stay with us as long as possible . “ 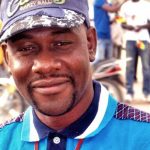 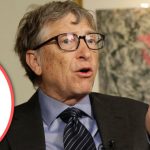