With over 2,500 hours of sunlight consistently, South Africa has embarked on a mission to tap into this unused local resource by making sun powered fueled air terminals across the nation over.

Up until now, there are six “green” air terminals across the nation and plans to fabricate more in the region are as of now in progress.

The solar-powered airplane terminals, which are the first ones in Africa, are an activity of the state-run airport management firm Airports Company South Africa (ACSA), whose long haul design is to “greenify” all air terminals under its management and achieve carbon neutrality by the year 2025.

Embracing the Future of Energy

With the ambitious project already in motion, ACSA is optimistic that it will minimize the mounting pressure on the country’s constrained power grid by 50 percent.

Currently, only 45 percent of power consumed by the six South African airports is solar, the remaining 55 percent is obtained from the national grid.

But according to ACSA’s corporate affairs senior manager, Senzeni Ndebele, all airports are expected to be able to produce their own energy in due course.

Although some large-scale firms in South Africa are reluctant to buy renewable energy saying it’s expensive, many small-scale enterprises like airports and shopping centers are already taking advantage of the country’s emerging solar sector.

At Upington Airport, located in Upington, Northern Cape Town, a mega solar plant that generates 1 million kilowatts per year has proved a valuable asset to the airport as it has reduced power consumption from the national grid by almost half.

Solar energy is set to become the main source of power for businesses and homes, not just in South Africa, but across the continent. It is expected to offer a cheap and reliable alternative to other hazardous forms of energy like coal and thermal.

Apart from lowering the cost of doing business, solar energy is also considered more reliable and environmental friendly as it eliminates emissions and utilizes a limitless energy resource.

Many experts are now certain that solar energy is the main clean contributor to solving Africa’s persistent energy crisis. 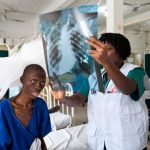 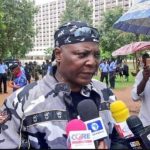