Warning: getimagesize(): Filename cannot be empty in /home/afrhow/public_html/wp-content/plugins/wp-open-graph/output.class.php on line 306

Nigerian billionaire Aliko Dangote typifies the new “African lions” whose business empires are winning a competitive edge over foreign multinationals because of their better grasp of local markets.

“In emerging markets, there is no substitute for on-the-ground experience,” said a report released Tuesday by the US-based Boston Consulting Group, called “Dueling With Lions”.

When business magazine Forbes last week published its latest list of the most powerful people on the planet, Dangote was one of only two people on it from Africa.

Egypt’s President Abdel Fattah al-Sisi ranked 49th in the list, while the Nigerian tycoon was 71st, rated by his power over people and resources, financial clout and range of activity from cement, telecoms, oil and gas to sugar, flour and pasta.

Through hard work, shrewd business practices and tactical networking he has built an empire from South Africa to Senegal and become a regular at events such as the World Economic Forum in Davos, Switzerland.

On November 5 the 58-year-old’s estimated net worth was $13.8 billion (12.7 billion euros), according to Bloomberg’s Billionaires Index.

– Cement and oil –
“You have to think big. If you think small, you will remain small in life. And you must be consistent. When you start a business, you might have hiccups here and there,” he said in an online video in 2012.

“That does not mean that the business is not going to work. There must be challenges… you must know how to work round these challenges.”

The Lagos-based Dangote Group is Africa’s largest private employer with some 26,000 staff, giving it a head-start over foreign firms through local knowledge and long-standing relationships.

ALSO READ:  How These Entrepreneurs Launched A Real Estate Business During The Pandemic And Made 7-Figure

Dangote Cement, which he hopes to list on the London Stock Exchange, has subsidiaries in at least 14 African countries.

In August, it signed a $4.3 billion contract with China’s Sinoma International Engineering Co. for the construction of 11 new cement plants, 10 of them in Africa and the other in Nepal.

As such, Dangote has positioned his businesses as indispensable in a changing continent, providing the raw materials to build its new infrastructure, fuel its growing industries and even feed its workers.

In an interview on CNBC published in March 2014, he said: “Africa has come of age. The opportunities we have in Africa are second to none.”

In his home country, where patronage reigns, Dangote has courted politicians of all stripes and outlined plans to help develop badly-needed infrastructure.

He recently signed loan agreements to invest more than $9 billion in a petrochemical refinery and fertiliser complex in the southwest — the country’s largest.

– Philanthropy and football –
President Muhammadu Buhari is keen to develop agriculture and he has re-started the country’s four existing refineries, which had run idle in favour of the expensive export of crude and import of products.

The refineries have a total capacity of 445,000 barrels per day but are only currently producing less than half that. Dangote’s single plant aims to produce 400,000 bpd.

In an interview with CNBC in 2014, Dangote said of his drive to succeed: “Hard work pays. Nothing is impossible.”

But he has also followed the example of tycoons such as Microsoft’s Bill Gates and Virgin’s Richard Branson of giving back to society.

His Dangote Foundation has spent billions of naira on education, healthcare and disaster relief, including a $3 million pledge in December last year to help victims of the west Africa Ebola outbreak.

In 2012, he teamed up with the Bill and Melinda Gates Foundation to eradicate polio in Nigeria. In September, Nigeria was taken off the list of the world’s polio-endemic countries.

Like many Nigerians, Dangote is an avowed football fan and has long been rumoured to be keen on buying a stake in Arsenal, which could make him the first African owner of an English Premier League club.

“I still hope, one day at the right price, that I’ll buy the team,” he was quoted as saying by Bloomberg in May.

Few would put it past him. 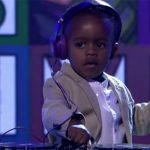