The Algerian cabinet has approved a bill banning retired military personnel from running for office or conducting political activities for five years after retirement while preserving their right to vote in elections.

Algerian Deputy Minister of Defence, Lieutenant General Ahmed Gaid Salah, presented the bill, which had been initially approved, for submission to the House of Representatives for final approval, during a cabinet meeting held on Sunday and chaired by the country’s interim President, Abdelkader Bensalah, according to a statement issued after the meeting.

The draft law proposed a ban on military officials that officially ended their service in the People’s National Army from practicing any political activity or running for public positions for five years.

“In this situation, the military element remains at the disposal of the People’s National Army for five years, during which he/she can be recalled at any time.”

He continued: “Throughout the restriction period, the military element eligible for definitive duty suspension, can freely exercise his/her rights and freedoms guaranteed by the laws of the Republic.”

This decree comes with the approaching date of the presidential elections scheduled to be held in the country on 12 December. 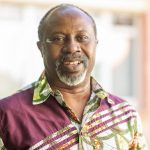 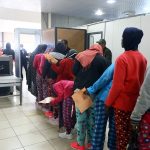