Al-Qaeda’s North Africa wing has confirmed that its Algerian chief Abdelmalek Droukdel is dead, according to SITE, the US watchdog for extremist groups.

France said early this month that its forces killed Droukdel in northern Mali near the Algerian border, where it says the group has bases it uses to carry out bombings and abductions of Westerners.

“After nearly two weeks, AQIM (Al-Qaeda in the Islamic Maghreb) has officially acknowledged the death of its long-time leader Droukdel (Wadud), with a video eulogy narrated by AQIM’s head of media, pledging continued battles against occupying French forces and others in North Africa and the Sahel,” SITE director Rita Katz said on Thursday on her Twitter account.

5)While #AQIM has yet to confirm death of Wadud, AQ-linked jihadists close to the group have confirmed it, issuing eulogies & stating the joyous atmosphere of the enemy upon news of his death shows the degree of hatred the “Crusaders” harbor for Muslims.https://ent.siteintelgroup.com/Chatter/aq-jihadists-acknowledges-aqim-leader-as-dead-give-eulogies.html … 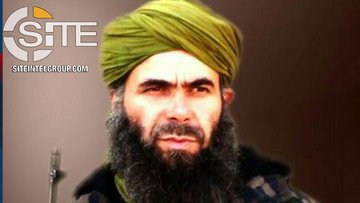 6)Photos of op killing #AQIM leader #Droukdel indicate the longtime leader was eliminated via gunfire by special forces, not a drone strike. A ground raid of this sophistication clearly demonstrates the acquisition of very accurate intel. Interesting he was in Mali & not Algeria 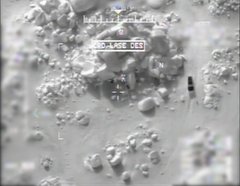 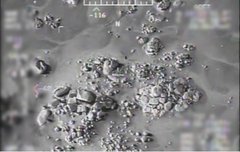 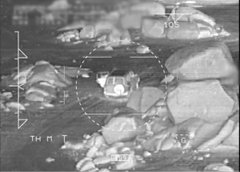 20 people are talking about this

French Defence Minister Florence Parly said 6 June that many close associates of the Algerian – who commanded several groups under the AQIM banner – were also “neutralised”.

AQIM emerged from a group started in the late 1990s by radical Algerian Islamists, who in 2007 pledged allegiance to Osama Bin Laden’s Al-Qaeda network.

The group has said it has carried out numerous attacks on troops and civilians across the Sahel, including a 2016 attack on an upmarket hotel and restaurant in Burkina Faso that killed 30 people, mainly Westerners.

The death of Droukdel – once regarded as Algeria’s enemy number one – could leave AQIM in disarray, French military sources have said.

France has deployed more than 5 000 troops to combat jihadist groups in the region – a largely lawless expanse stretching over Burkina Faso, Chad, Mali, Mauritania and Niger, where drugs and arms flow through porous borders.