Air strikes pounded the edge of the neighbourhood west of the Tigris River throughout Tuesday.

On Monday, Iraqi PM Haider al-Abadi declared ‘total victory’ in Mosul, flanked by his senior military leadership at a small base in the city’s west.

US Lt Gen Stephen Townsend said in a recorded video after Mr al-Abadi’s declaration that the victory in Mosul did not eliminate IS from Iraq and ‘there’s still a tough fight ahead’.

Mr Townsend, the top US commander in Iraq, said the coalition will continue to support its Iraqi partners, and he urged Iraqis to unite and prevent a return of the conditions that allowed the rise of the extremists.

In Baghdad, Shiite politician Karim al-Nouri echoed those remarks, urging the government to review its policies in Sunni areas of Iraq to ‘avoid previous mistakes that led to the emergence’ of IS.

Loading...
US commander hails historic ‘victory’ over ISIS
The government needs to work on ‘removing fears of marginalisation and terrorism affiliation in Sunni areas’, said Mr al-Nouri, a senior member of the Badr Organisation. He said he believes Iraqi forces should stay in Mosul until it is fully secure before handing control to local forces.

Politician Intisar al-Jabouri from Nineveh province, where Mosul is the capital, said uprooting IS’s ‘extremism ideology’ is the key to peace in Mosul, which reeled under the group’s harsh rule for three years.

Battle for Mosul caused many casualties

Amnesty International said the conflict in Mosul has created a ‘civilian catastrophe’, with Islamic State extremists carrying out forced displacement, summary killings and the use of human shields in the Iraqi city.

The human rights organisation’s report comes as sporadic clashes continue in the former IS stronghold, even after the Iraqi government declared a ‘total victory’ over extremists in the city.

At least one air strike hit the Old City, the scene of fierce battles with IS, sending a plume of smoke into the air early on Tuesday.

Iraqi prime minister Haider al-Abadi declared ‘total victory’ in Mosul on Monday evening after a nine-month-long conflict with IS fighters.

The fight dealt a huge blow to IS’s so-called territorial caliphate, but has also killed thousands, left entire neighbourhoods in ruins and displaced nearly 900,000 people from their homes.

She urged Baghdad to invest in ‘good relations’ between the residents and the security forces and take all ‘necessary measures to prevent terrorism groups from returning to Mosul’.

Amnesty International, meanwhile, proclaimed the battle for Mosul to be a ‘civilian catastrophe’, with more than 5,800 non-combatants killed in the western part of the city. 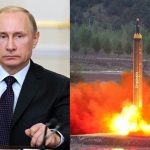