Kenyans held prayers and lit candles in Nairobi on Monday to mark the second anniversary commemorations of the Westgate shopping mall attack by Somalia’s Al shabaab militants.
In the Nakumatt supermarket inside the mall, where many of those who died in the attack were killed, staff held prayers, as shoppers went about normal business in the redecorated building. “We are commemorating a time where many of our friends were lost, many of our friends had their destinies shattered,” said preacher Dennis Pamba, as staff in the supermarket lit lines of white candles to remember those killed. The attack began on September 21, 2013, when four gunmen entered the mall, spraying shoppers and staff with machine gun fire and tossing grenades into crowds of Saturday shoppers and diners. The attack left 67 dead.

“Though they killed the 67, they never killed our spirit,” said supermarket manager David Muturi. “My appeal to all Kenyans all over the world is people to come and shop at Westgate, Westgate is safe… we will continue with the same spirit.” See also: KDF foils three al Shabaab attacks, killing eight militia Apparently inspired by the Mumbai attack of 2008, the gunmen hunted down shoppers in supermarket aisles and singled out non-Muslims for execution. They then fought it out with Kenyan security forces before the siege was finally declared over four days after the first shot was fired.

The Shebab said the attack was revenge for Kenya’s sending of troops to fight the extremists in Somalia. They have launched a string of subsequent attacks in Kenya, including their biggest attack to date earlier this year — the massacre of 148 people, most of them students, at Garissa university in the northeast. All four gunmen were believed to have died in the mall, their bodies burned and crushed by tonnes of rubble after a section of the complex collapsed following a fierce blaze started by the fighting. The Westgate mall, Nairobi’s most upmarket shopping centre and a magnet for the east African nation’s growing middle class and expatriates, reopened in July after extensive renovations. Prayers were also held on Sunday in Nairobi’s Karura forest at a site where a memorial stone and a plaque bearing the names of the dead, as well as newly planted trees, was unveiled a year ago. 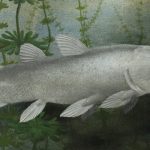