Africa’s tallest indigenous tree has been discovered in a valley on the continent’s highest mountain, mount Kilimanjaro, in Tanzania.

The tree, at 81.5 metres, matched the previous record maintained by the Sydney Blue gum (Eucalyptus saligna) located at Limpopo in South Africa which died in 2006.

Andreas Hemp of the University of Bayreuth in Germany first sighted a bunch of tall Entandrophragma excelsum trees 20 years ago while exploring Mount Kilimanjaro’s vegetation. Recently, he and his team were able to measure their heights accurately using new instruments.

ALSO READ:  'Do Not Lose Against Tanzania': President Museveni to Uganda Cranes

Based on their growth rate, Hemp estimated the behemothic trees to be between 500 to 600 years old.

Africa has not been home to the world’s tallest trees, probably due to a shortage of studies that has left many trees unexamined. Many of the continent’s tree species grow in places where access to resources that will let them grow tall are limited.

The world’s tallest trees are seldom found in Africa: for example, a 116-metre-tall sequoia tree grows in North America, and a 100-metre-tall eucalyptus in Australia.

Kilimanjaro has a rich combination of factors; ranging from the nutrient filled volcanic soils, to the high temperatures and precipitation which have possibly aided the growth of Entandrophragma excelsum.

Hemp, while speaking on the role the masive trees play in supporting the ecosystem, said, “they are like a city in the forest.”

The arboreal giants suffer the illegal logging which plagues their habitat. The team as suggested that the valleys harbouring the giants be included in the neighbouring Kilimanjaro National Park for protection. This opinion was supported by David Seaborg at the World Rainforest Fund in Walnut Creek, California.

He said that protecting the trees will help preserve the lives of plants, birds and insects that benefit from their existence. 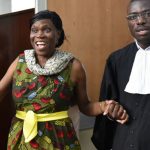 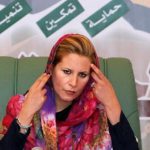