The headless body of Cecil, a 13-year-old big cat and star attraction of Hwange national park, was discovered earlier this month.

One of the most famous lion’s in Africa was lured away from its protected habitat, shot with a bow and arrow and then skinned and decapitated by a Spanish hunter, authorities in Zimbabwe have claimed.

The headless body of Cecil, a 13-year-old big cat and star attraction of Hwange national park, was discovered earlier this month.

It is believed he had been lured out of the park, where it would have been illegal to hunt him, using a freshly killed animal – a common technique among hunters.

The iconic big cat was wearing a GPS collar fitted by an Oxford University research team, which revealed his last movements.

Having left the boundaries of the park, Cecil was shot with a bow and arrow by the hunters – who then tracked him for two days before killing the dying animal with a rifle.

He was then skinned and his head was taken as a hunting trophy.

Two people have been arrested in connection with the killing, but authorities are still searching for the hunter, said to be a Spaniard who paid £35,000 for the chance to kill the iconic lion.

Spanish conservation group Chelui4lions has called on Cites de España, which oversees the import of endangered species, to prevent the lion’s head being brought into the country as a trophy.

Spokesman Luis Muñoz told the Guardian: “What hunter, what sort of demented person, would want to kill a magnificent adult lion, known to and photographed by all the park’s visitors?

“We’re ashamed of the fact that in Spain there are rich madmen who pay for the pleasure of killing wild animals such as lions.”

Johnny Rodriguez, head of the Zimbabwe Conservation Task Force, told the same newspaper: “Cecil’s death is a tragedy, not only because he was a symbol of Zimbabwe but because now we have to give up for dead his six cubs, as a new male won’t allow them to live so as to encourage Cecil’s three females to mate.”

Cecil became a popular tourist attraction because of his striking black mane, and his relaxed attitude towards humans and cameras. kicked

He could often be spotted close to the park’s main roads, making him a safari photographer’s dream.

It is claimed Cecil was kicked out of his pride and wandered alone until he met Jericho. Together the pair have a pride of six lionesses and several young cubs, who all live in the park. 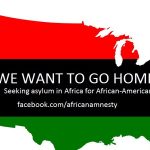 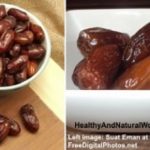