On May 22nd World Biodiversity Day was celebrated. In honour of the event Mongabay created a list which looked at the world’s most biodiverse countries as measured by species richness.

There were plenty of African contenders – here we take a look at those countries that topped the list and some of the features that put them on the map.

Home to the Virunga National Park with is unique and active chain of volcanoes and rich diversity of habitats that surpass those of any other African park. Its range contains an amalgamation of steppes, savannas and plains, marshlands, low altitude and afro-montane forest belts to unique afro-alpine vegetation and permanent glaciers.

South Africa has over 13,000 vascular plant species found nowhere else – here is one of them. This odd plant is called the thickwelwitschia mirabilis a desert plant that generally possesses only two leaves, but these leaves curl and tangle as the plant grows (it often lives over 1,000 years) and becomes a jumbled, tough mass spanning 6 feet or more.

Tanzania has incredible coastal ecosystems. A wide range of important and valued species are found including an estimated 150 species of coral in 13 families, 8,000 species of invertebrates, 1,000 species of fish, 5 species of marine turtles and many seabirds. Pictured here is the threadfin butterflyfish a sea fish.

The bird life in Kenya is spectacular. One book, written about 30 years ago – A Bird Atlas of Kenya – documented 1,065 species of birds. Pictured here is a Malachite Kingfisher. (Photo/Donald Macauley/Flickr) 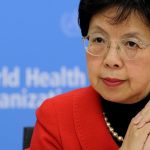 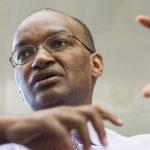