Education experts say Africa’s growing highereducation system is important to its economicdevelopment. But African universities face a number ofissues, including emigration of top students, poorinfrastructure, and high demand combined with a lackof funds.

University leaders from around the African continentmet in Johannesburg last week to discuss how to solvethese issues and others. The academics who attendedthe African Universities Summit say the job of educating Africa‘s students isharder than it has to be.

Engineering professor David Mfinanga is a vice chancellor at the University ofDar es Salaam in Tanzania. He says the main problem facing universities is the high number of students.

“Most countries are trying to increase the number of university graduatesbecause it is important for economic development. But the resources arelimited, so that affects quality as well, and therefore we are struggling tobalance the two because you need the quantity, you need more graduates, butyou need to maintain the quality, and the resources are limited.”​

Pinkie Mekgwe is an administrator at the University of Johannesburg. Shesays schools face another problem: money.

Ousmane Sene is director of the Senegal-based West African ResearchCenter. He says governments also need to look at the result of having manyuniversity graduates but few job opportunities.

“What are you going to do with that if they just get out of university and theyare out of a job? Because this is a real threat, this is a real conflict-riddensituation in Africa, having these thousands and thousands of graduates,postgraduate students, qualified, with plenty of degrees, expecting everythingfrom society, and spending years milling around without getting a decent job, that’s a real problem.”​

There are no simple answers to the issues that African universities face.  But,African educators say the issues are just as serious as many of thecontinent‘s other difficult problems, such as war, famine, poverty and quicklychanging leaders. And in this case, they say, solving higher education’sproblems may help solve the others.

Words in This Story

infrastructure – n. the basic equipment and structures – such as buildings,roads and bridges – that are needed for a country, region or organization tofunction properly

funding – n. money that is set aside for something, usually by a government

tuition– n. money that is paid to a school for the right to study there

conflict-ridden – n. having the quality of strong disagreement betweenpeople and groups 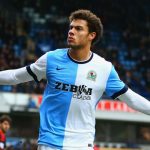 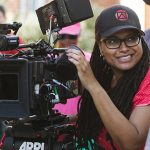