Plans for a united, integrated African continent are often so lost in official rhetoric, or buried in documents and decisions, that it is difficult to believe any progress is being made.

Some who pushed for African unity – like former Libyan leader, Muammar Gaddafi – are no longer there, while many who worked to create continent-wide institutions, like former South African president Thabo Mbeki, are also no longer heard.

Yet there has been progress.

In the run-up to Africa Day, it is pertinent to look at what has been achieved in the last 13 years, since the creation of the African Union (AU) in 2002, towards a more unified Africa.

Africa Day, celebrated on 25 May, commemorates the founding of the Organisation of African Unity, the predecessor to the AU, in 1963. At the time, African leaders raised hopes of one, united Africa, without trade or political barriers. Continued economic integration is seen as one of the most important building blocks of African unity, as was the case with the European Union.

Outgoing African Development Bank President Donald Kaberuka, however, says that economic integration in Africa over the last 50 years has been slower than in other regions of the world. In an editorial published by the European Centre for Policy Development Management, Kaberuka says that this is largely due to ‘political indifference at a national level’.

The ‘decades-long prevarication’ to implement real economic integration, despite ambitious documents ranging from the Lagos Plan of Action in 1980 to those establishing the New Partnership for Africa’s Development in 2000, has had a devastating effect on the continent. Intra-African trade – the theme of two AU summits, in 2012 – remains lower than that of any other continent. The lack of continental strategies in the airline industry, for example, has caused a ‘structural logjam,’ which means travelling within Africa is more expensive than elsewhere, says Kaberuka.

Much is being done on an institutional level, however, to rectify this. In January, AU Chairperson Nkosazana Dlamini-Zuma announced that discussions about the 1999 Yamousoukro Decision had been held during the AU summit. A number of countries had reportedly joined the ‘open skies’ initiative, which is aimed at ‘deregulating air services and … opening regional air markets to transnational competition.’

The AU adopted a plan in 2012 aimed at achieving continental economic integration by 2017. This is not likely to be realised, but regional economic communities have become more robust. The East African Community (EAC), for example, is rapidly moving towards a full-fledged free trade zone and increasingly improving links with the Common Market for Eastern and Southern Africa (COMESA), which has 19 member countries.

Some critics, however, say the multiplication of overlapping institutions within the AU framework is hampering some of the existing structures and adding unnecessary costs to the unification project. Members of COMESA are also members of the Southern African Development Community or the EAC.

In terms of political integration, the increasing role of the 15-member AU Peace and Security Council (PSC) in mediating in conflict, together with the regional economic communities, has been evident in the last decade. This year, the PSC has been supporting the mediation efforts in Mali and South Sudan (led by the Intergovernmental Authority on Development) and has been seized with the crisis in Burundi ever since objections started against President Pierre Nkurunziza’s third-term bid.

The AU Commissioner for Peace and Security, Smail Chergui, and AU Chairperson Dlamini-Zuma made several visits to Burundi when it became evident that political instability was being triggered by the third-term bid. Earlier this month, in the midst of increasing violence in the country, the AU dispatched a team of its Panel of the Wise, led by former Togolese prime minister, Edem Kodjo. The EAC and other regional institutions, like the Intergovernmental Conference on the Great Lakes Region, have also held discussions to try and solve the crisis in Burundi.

Internal divisions among heads of state, however, often hamper these efforts. While some African leaders, for example, could support the idea of imposing continent-wide presidential term limits, there is no united AU position against third-term candidatures. Some diplomats at the AU believe a united stance taken by heads of state at the upcoming June summit in South Africa could go a long way to prevent similar incidents around third-term bids by African presidents in the near future.

Military cooperation with the aim of establishing an African Standby Force (ASF) remains a challenge, but a continental African force that can intervene in conflicts might no longer be just a pipe dream. Later this year, the Amani II field exercise in South Africa will include regional standby brigades from across Africa, and is seen as the beginning of the standby force becoming operative.

Even before the full establishment of the ASF, several regional military interventions have been launched, like the Economic Community of West African States’ intervention in Mali, the Economic Community of Central African States’ intervention in the Central African Republic (CAR) and the current effort by the Lake Chad Basin countries to root out Boko Haram in northern Nigeria. Some of these, like the intervention in Mali and the CAR, have since been taken over by the United Nations. The African Mission in Somalia and Sudan are also examples of continent-wide military cooperation.

Institutional progress towards African unity has been marred, however, by incidents affecting ordinary Africans that the AU Commission in Addis Ababa can do little about. This includes xenophobia in South Africa, where African immigrants have been targeted. Also smacking of xenophobia and a lack of solidarity is the fact that some countries, like Zambia, initially reacted to the Ebola crisis by closing their borders. The situation in Libya and the cruelty inflicted upon desperate migrants trying to flee to Europe is another setback for integration. Xenophobia in South Africa and the government’s response to it, as well as the immigration crisis, will however be on the agenda at the 25th AU summit taking place in Johannesburg next month.

Infrastructure linking the continent and enabling the free movement of goods and people is a crucial first step towards continental integration. Strong leadership by committed pan-Africanists, not only African leaders, is however also needed to revive the idea of true African unity.

This article was first published by the Institute for Security Studies, 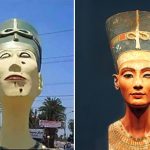 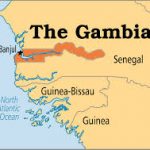