“This is a game-changer‚” said Kathleen Alexander‚ of the department of fish and wildlife conservation at Virginia Tech in the US. “It completely changes our understanding of the potential mechanisms for TB transmission.”

Alexander’s study‚ reported in the American Society for Microbiology journal mBio‚ began in 2000 when she was working as a vet in Botswana and encountered a sickly banded mongoose.

When it died‚ she found it was infected with a new TB pathogen‚ Mycobacterium mungi‚ which is closely related to the pathogen that affects humans.

Over the next 15 years she and her team researched the only known population of TB-infected mongoose‚ which spanned northern Botswana and north-western Zimbabwe.

“It was clear they weren’t eating or breathing it (the pathogen) into their lungs‚” said Alexander.

Abrasions or injuries in the skin or nose provide the portal of entry for this novel TB pathogen to invade and infect the mongoose host. Smaller social groups are most threatened by the disease‚ the researchers report.

“Banded mongoose are a territorial species‚ and individuals within a troop may have little or no direct contact with mongoose in adjacent social groups‚ limiting the potential for directly transmitted pathogens like TB to spread through a population‚” said Alexander.

“But this TB pathogen circumvents the mongoose’s natural social barriers to infectious disease transmission by hijacking social communication behaviour. We keep being surprised by infectious disease-causing organisms and their ability to adapt to a particular environment‚ behaving‚ in some cases‚ dramatically differently than we expect.”

TB is an ancient disease that continues to be one of the most important health threats to humans‚ wildlife‚ and domestic animals globally.

Alexander said her team’s discovery had critical implications to the current understanding of tuberculosis infection‚ warranting further examination of other species where this transmission pathway may also occur.

“Our findings have changed the way we must think about tuberculosis and infectious disease transmission in territorial species‚” she said.

“Mechanisms of host exposure are still not completely understood for many host species. There is an urgent need to better understand the processes that influence environmental transmission and persistence of TB pathogens and resultant disease control implications.”

Alexander noted: “We have recently sequenced the genome of this emerging pathogen‚ and we can now start to investigate why this TB pathogen behaves so differently – patterns that have important implications to our understanding of TB disease in both humans and animals.

“Tuberculosis is a huge burden for the agriculture sector and environmental transmission between wildlife and livestock is an increasing concern.” 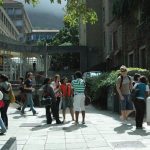