Italy has been accused of holding 150 migrants ‘hostage’ on a coastguard ship ‘as a way of blackmailing Europe’. Many of those stranded aboard the vessel – the Diciotti – for a ninth day, began a hunger strike today.

Their reaction is out of frustration that Italy continues to refuse to let them disembark in Sicily unless fellow European Union nations first pledge to take them, authorities said, in the latest standoff provoked by Italy’s anti-migrant interior minister.

The Diciotti rescued the large group on August 16 while they were sailing on a foundering human trafficker’s boat in the central Mediterranean. Since then, they have been docked in the port of Catania in Sicily.

An opposition lawmaker, Sen. Davide Faraone, said today that Catania port officials told him ‘there’s tension’ on the ship and that migrants have stopped eating.

But Interior Minister Matteo Salvini refused to bow to pressure to accept the migrants, and responded to their threatened hunger strike via Twitter that they can ‘do whatever they believe.

‘In Italy there are 5 million people living in absolute poverty (1.2 million children) who go on hunger strike every day’.

Thirteen young children and ailing adults were evacuated from the Diciotti early in the drama.

On Wednesday, 27 minors, all teenagers, were allowed to disembark in Catania.

But Salvini has been adamant that Italy’s populist government will not allow any of the 150 adults still aboard the vessel disembark unless other EU nations commit to taking in the asylum-seekers.

He has professed admiration in the past for Hungary’s tough stance on migrants.

All but about 18 of those aboard are Eritrean; the others are from Somalia, Syria and Sudan. 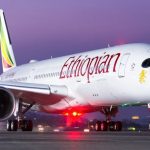 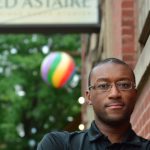