Previous Next
There is clear difference between a boy and a man and you need to detect these difference in a prospective lover before you let him in.

If you are a girl (lack independence, are ruled by insecurity, lack self-respect, throw tantrums, have princess syndrome, don’t have strong values or boundaries and can’t hold yourself on your own) then expect that you will attract only boys.
However, if you are a woman (independent, ambitious, knows your worth and value, has a strong moral compass, is considerate and an able communicator and doesn’t let insecurity dominate your psyche), then you should be dating a man. And if you can’t spot the difference just yet, here are some pointers.
1. A man knows what he wants, and goes for it. A boy may have somewhat of an idea, but not really. He doesn’t think too much about it, and even if he does, doesn’t exert much effort to get it. A boy is passive, a man is assertive.
2. A man plans for his future and is working towards building a foundation and infrastructure in order to have a family (at some point in his life).  A boy lives only in the moment and his plans are mostly around which bar he’s going to hit up on the weekend.
3. A man looks for a woman with intelligence, who is supportive, grounded and encompasses a shared set of values when choosing a partner. A boy cares mostly only for girls who are hot, wild and exciting.
4. A man knows a good woman when he meets one and will take initiative to get to know her. A boy may make an attempt if you’re lucky, but gives up before ever really trying.
5. A man has the courage to have uncomfortable conversations. He is honest with his intentions and lets people know where they stand. A boy avoids. He ignores confrontation or any serious talks about feelings. Instead of dealing with a situation, he runs away from it or creates drama or excuses to mask the fact he’s not that into you or a relationship.
6. A man knows when to invest in a woman and jump in with two feet. A boy is always “testing” – he doesn’t fully commit because he never knows if he is quite ready. But the truth is, because he is a boy, regardless of who he meets, he will never be ready due to the stage of life he is in.
7. A man knows how to have a good time and be social, but is often busy making strides in his career and building his life. A boy is getting crunk with his buddies at the bar every weekend.
8. A man takes the time to reflect on the type of man he wants to be, the example he wants to leave and the vision for his life. He has put thought into his values. A boy has not established his moral compass or values and consequently, is often inconsistent.
9. A man has integrity. He means what he says, and says what he means. He has follow through and actions his promises. And if he can’t he has the guts to tell you why. A boy makes promises but doesn’t follow through.
10. A man is afraid of rejection but will put himself out there anyway. A boy is afraid of rejection and acts passive so that his pride and ego won’t ever get too banged up.
Now, a lot of these differences require taking the time to know someone to figure out if the apple of your eye is indeed a man, or a mere boy. However, one of the quickest filters that you can notice from the beginning is this:
11. A boy plays games. A man doesn’t.
*To clarify, when I’m referring to “games” I mean mind games. 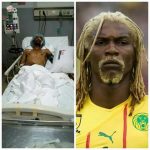