The world has been paying tributes to the owner of English football side Leicester City, Vichai Srivaddhanaprabha, who died in a horrific helicopter crash on Saturday.

Vichai was one of five people on board the helicopter that crashed soon after taking off at the King Power Stadium in Leicester.

African football stars Victor Wanyama, Kelechi Iheanacho, Wilfred Ndidi and Ahmed Musa are among those that have sent their condolences following the incident.

Before the crash, Leicester had drawn 1-1 against West Ham, which had a Mark Noble sent off in the 38th minute for a reckless challenge on Wilfred Ndidi.

Ndidi scored the equalizer in the 89th minute, but West Ham hanged on to clinch the draw.

Here are a few tweets with condolence messages following the crash that killed Vichai;

You were far too kind and supportive. Thank you for all you did for the club, for always encouraging the team and coming all the way to watch me play at the world cup. Rest on sir #theboss💔😢 pic.twitter.com/RY3fjz3TLD

Deepest condolences to the families and friends of those involved and to everyone at @LCFC 🙏 https://t.co/cl6znT5132

May the good Lord accept your soul rest on boss 😭😭💔 pic.twitter.com/i9mvDyY9Gu

Someone special,will
Not be forgotten,wonderful memories will live on forever,Death can never take a good man away,in the hearts of people he inspired,the legacy remains and continuous throughout generations.He was a great man and father to many,may his soul RIP 😭💔🙏 @LCFC pic.twitter.com/lhaIXM6c4K 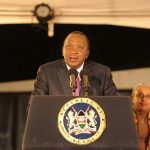 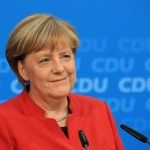