Despite missing out on a ‘Dragons’ Den’ investment, Matthew​ Omeye-Howell hopes to make his West African food business the next Leon: “It’s authentic but everyone can enjoy it.” 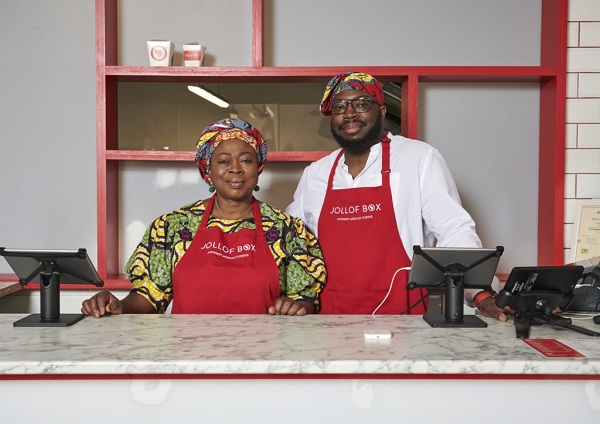 But the mother and son duo have managed to launch in Kingsland Shopping Centre within a year of the disappointing rejection.

“It was amazing to be the first people to showcase hot African food on the show, and be ambassadors for how great African cuisine is” said the owners, mother and son duo Matthew and Sade Omeye-Howell.

“We want to provide free cooking lessons to the unemployed as well as offer classes to schools and colleges”, said the Omeye-Howell. 10% of profits will be donated to an outreach project for single parent families. “This is quite close to our hearts as co-founder Sade raised five kids by herself”, Jollof Box said.

“Imagine that 4 months after the Dragons said no, someone higher said: Yes! We got the shop we went on for without any equity investment [sic],” Jollof Box announced on their Twitter account.

“All of our meats are sourced by Halal butchers. The restaurant is a grab and go outlet, so while there is some cafe style seating, it’s not a traditional sit down restaurant.”

With the aim of sharing “African cuisine with all communities”, Jollof Box began trading at London’s historic Old Spitalfields Market around 3 years ago and say they have since sold around 100,000 boxes. 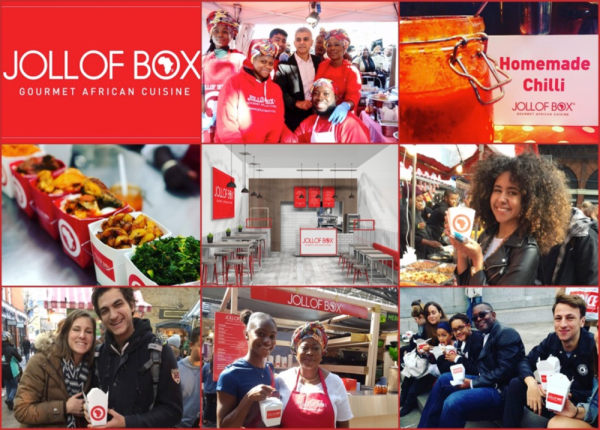 Jollof Box’s West African menu is based on the region’s footballers, with dishes including “The Drogba” and “The Adebayor”. All meals include Jollof Rice cooked in tomato and sweet pepper sauce.

But it’s their signature dish Jollof Rice, “a sumptuous aromatic celebratory rice dish that mum has been cooking for over 40 years and comes from a closely guarded family recipe passed on from her grandmother”, that is one to look out for.

They have also been featured in TimeOut London as “five need-to-know lunch spots in Shoreditch and the City”, with The Boateng box – seasoned black-eyed beans and sweetcorn casserole alongside sweet plantain – being featured and described as “offer[ing] a diversity of flavours that puts it in the premier league”.

With plenty of vegan options also available, their food can also be ordered for home delivery via Uber Eats. 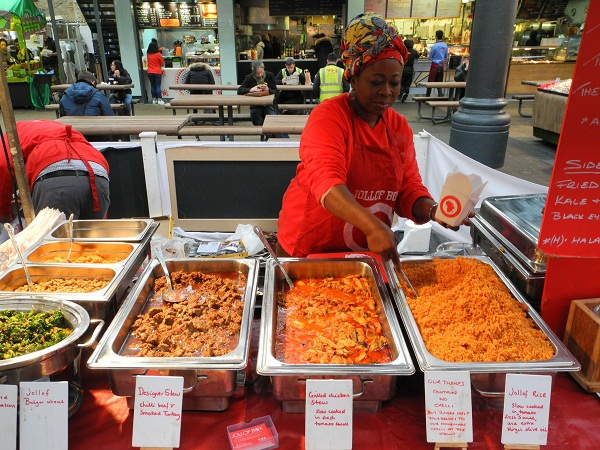 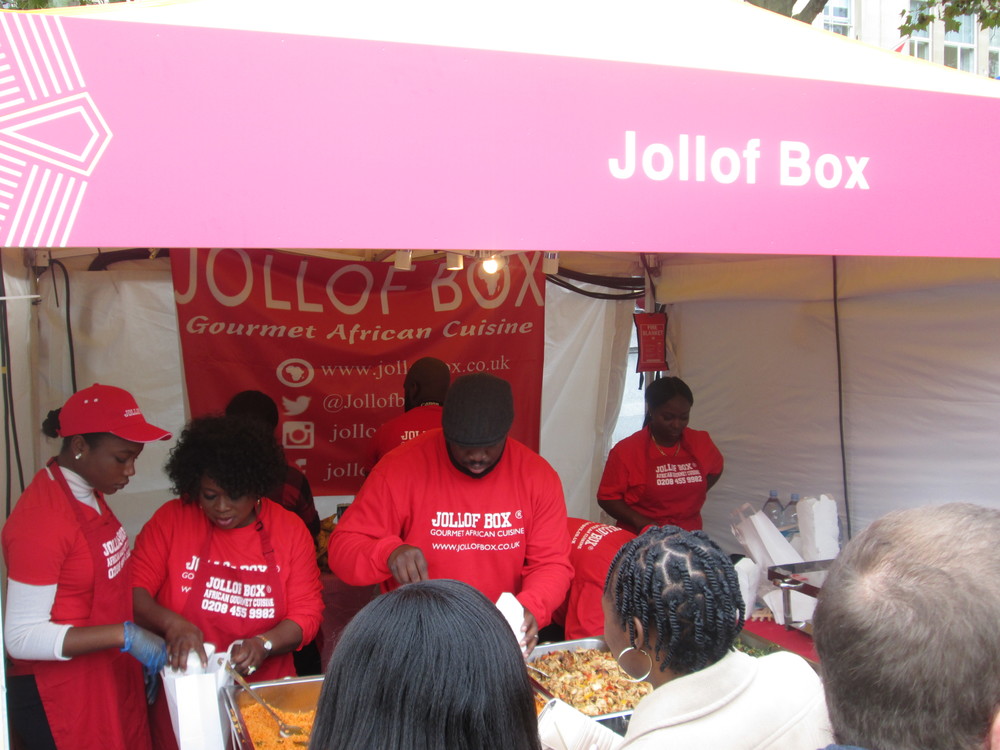 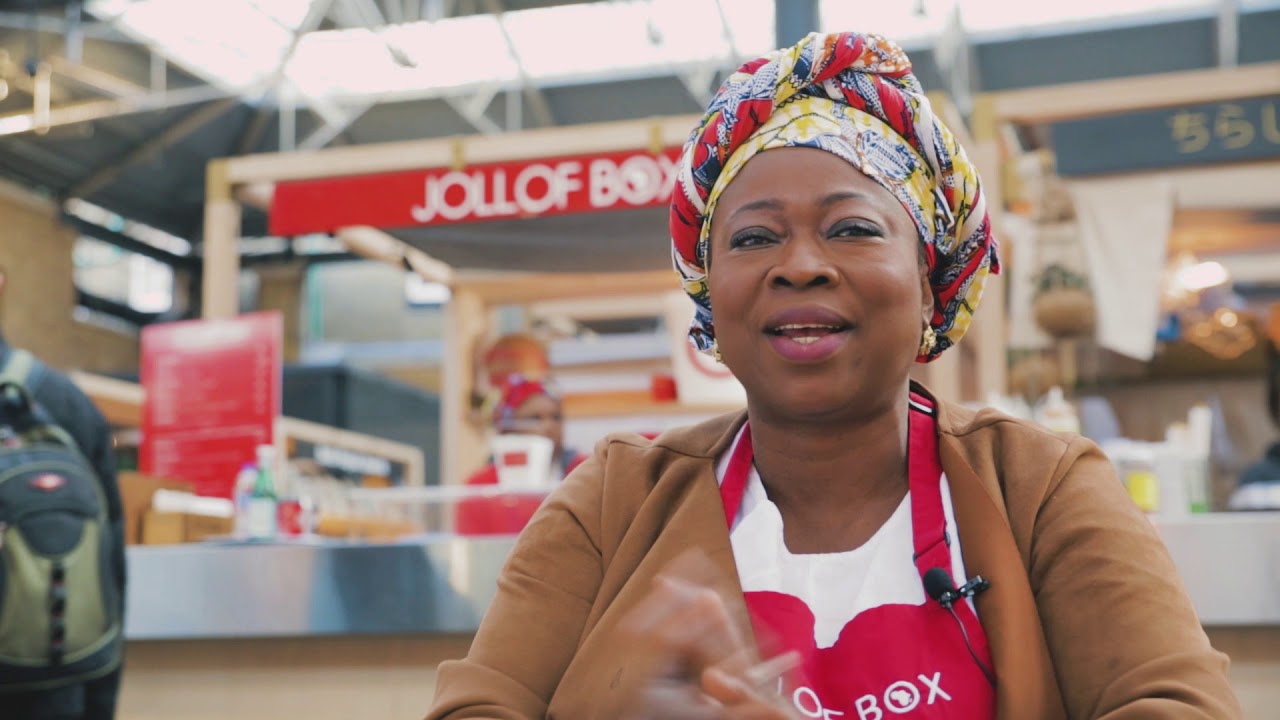 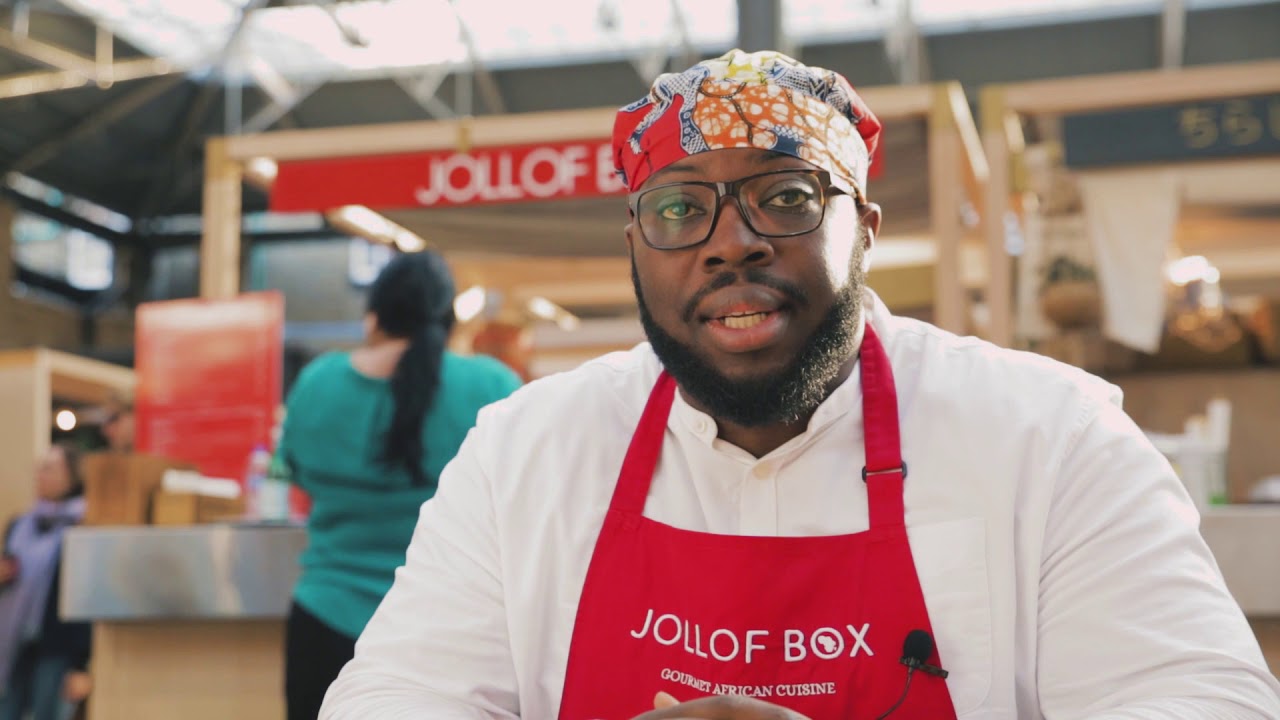