African countries must increase trade among themselves if they are to realise economic freedom in the next five years, trade experts meeting in the Kenyan capital Nairobi said on Thursday.

“Africa is importing more because we are not trading with each other. This needs to change. We cannot realise economic freedom and prosperity like Asia, Europe and the U.S. if we do not improve,” said Jaswinder Bedi, chairman of Kenya’s Export Promotion Council.

According to data complied by the African Export-Import Bank (Afreximbank), one of the key reasons why intra-African trade, now at a level of around 15% compared to Europe’s 59% and Asia’s 51%, is because of lack of access to trade and market information.

ALSO READ:  A Peek at the List of African Countries with 100+ Coronavirus Cases: Regional Breakdown

Robert Oluoch, Afreximbank director and global head of strategy and innovation, said there is a planned pan-African trade fair that is meant to address this challenge.

“Afreximbank, in collaboration with the African Union, decided to among other initiatives, convene the Intra-African Trade Fair (IATF) every two years to provide trade and market information and connect buyers and sellers from across the continent. The next one will be in Cairo, Egypt later this year,” he said.

African Union had earlier made a resolution to increase intra-Africa trade from the current 15% to 25% by the year 2022.

According to Oluoch, the Afreximbank is working along that declaration by increasing its support in monetary terms for intra-Africa trade.

“The portfolio going towards intra-Africa trade must rise to this level. Trading among ourselves will ring-fence us against external shocks that have caused a lot of devastation in African economies,” he said.

Rachel Muthoga, the deputy chief executive of Kenya Private Sector Alliance, called on African countries to prioritise their export strategies and ensure their manufacturing is competitive in order to create more jobs for the growing youth population. 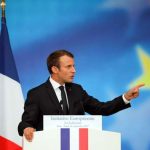 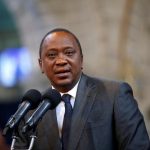