The harm that air pollution is doing on the African continent seems to be growing. Estimates of premature mortality attributed to air pollution have increased from about 570,000 in 1990 to over 700,000 in 2013. In the same period, premature deaths from unsafe water, unsafe sanitation and childhood malnutrition have decreased across Africa.

Many challenges also remain for the continent to reach the Sustainable Development Goals related to air quality.

But these estimates have high levels of uncertainty, because of the shortage of air quality data they’re based on. So while it appears that the scale of the problem is large and increasing, it’s difficult to quantify it accurately. What’s needed is monitoring on the spot.

Current assessments rely heavily on a limited number of terrestrial measurements of air pollution. They use air quality models and information from satellites to fill in the gaps. In areas where there’s less information on pollution sources and levels, filling in the gaps accurately is harder to do. This is the case across Africa.

In turn, the sketchy picture of Africa’s air quality leaves gaps in the world pollution picture.

ALSO READ:  The Top 5 Countries with the Highest Total Number of Abortions

A study by UNICEF estimated that only 6% of African children live within 50km of an air quality monitor. In North America and Europe this figure is over 70% of children. This analysis for Africa is most likely an overestimate, as it included some low-cost air quality monitors. These have much shorter lives and are less accurate than reference instruments, such as those used in most monitoring by government regulators.

The recent OpenAQ Global Assessment of Government Monitoring collated information on the availability of open air quality measurements from government-run monitoring networks globally. The assessment found that only 49% of countries’ governments produce open air quality data. This leaves about 1.4 billion people living in countries without access to such data.

Nine of the 13 most populous countries where governments don’t have a long-term outdoor air quality monitoring programme are in Africa. Their combined population is about 700 million people.

To tackle the problem of poor air quality and its effect on people’s health, it’s necessary to understand how much air pollution people are exposed to. This is achieved through air quality monitoring.

The need is not only for more monitoring infrastructure. The data it produces should be accessible, so that they can be used to make a difference.

By making monitoring information open, its value and impact is greatly increased beyond the needs of the immediate data owner or user, which is often a government entity or industrial facility. By opening data, governments and industry can increase people’s trust in the findings. It can also create opportunities for a wider community of users to analyse and reuse the information.

Opening data includes more than just making air quality indices public. And it’s more than making data available to researchers upon request, or even downloadable from a website – such as from the City of Cape Town Open Data Portal. The real value of open data is unlocked when creative intermediaries, such as app developers and designers, are able to develop novel interactions and visual experiences with the data, to engage specific audiences in new ways.

Some examples of applications are those that combine air quality data with other information to offer advice on travel routes, where to live and even to encourage medication adherence. This is only possible when there is a reliable supply of credible, detailed data through “programmatic” interfaces. These allow developers to connect their applications directly to the data source rather than having to download and import the data manually.

By opening data, official monitoring and reporting on air quality can be complemented by data from other sources and sectors. The result will be more localised and relevant solutions to support decisions.

Getting more from the infrastructure

South Africa has some of the most mature air quality legislation and infrastructure in Africa, providing a relatively consistent supply of quality data. There’s a network of government-run stations and some industry-run stations reporting to the South African Air Quality Information System.

Much of this data is available in near real-time and can be viewed or downloaded from the website. But, as pointed out by OpenAQ, the system doesn’t provide programmatic access to its data. That makes it less useful. A better programming interface might require additional technical resources and data publishing controls, but it’s possible. A similar service has been developed with the South African Weather Service for weather measurements, forecast and alert data.

South African Air Quality Information System data is used by public officials, the research community, and some civil society organisations. But, there’s a broader group of young engineers, scientists, journalists and activists who could use and apply the data. Some of these potential uses are local and personal. The data can answer questions like “why is my asthma worse in winter?” or “is this power station polluting our town’s air?”.

Finally, as the open data charter emphasises, it’s not sufficient to simply open data. Governments, civil society and technical partners need to build capacity for reusing and innovating with air quality data, and understanding what it means for long-term health, the local economy, and day-to-day decisions.

By making air quality information more accessible and by enabling a wider community of data users, open data unlocks the potential of the large investment by governments into long-term monitoring infrastructure for a much larger range of applications and benefits to society. 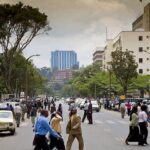 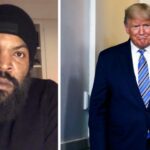