Wydad Casablanca of Morocco earned the point they needed away to to Zesco United of Zambia to finish top of Group A in the African Champions League.

The two sides drew 1-1 in Ndola on Wednesday with Kenyan David Owino giving Zesco the lead after 16 minutes.

The result means a northern African semi-final between Wydad and Egypt’s Zamalek, after they finished as runners-up in Group B.

The other semi-final will be a southern African affair with Zesco taking on Group B winners Mamelodi Sundowns of South Africa.

Also on Wednesday it ended 0-0 between Asec Mimosas of Ivory Coast and visiting Al Ahly of Egypt in a match that was meaningless, with both sides having already been eliminated.

Nigeria’s Enyimba finished off their African Champions League campaign with a 3-1 over South African side Mamelodi Sundowns on Tuesday.

The result restored a certain amount of pride for Enyimba who had already missed out on the chance of reaching the semi-finals.

Despite the loss South African champions Sundowns had already done enough to finish top of Group B and seal a place in the last four.

Mfon Udoh then scored either side of half-time, the second from the penalty spot, to seal the win.

That brace takes his tally to nine for the tournament this season – maintaining his position as the top scorer in the 2016 Champions League.

Egypt’s Zamalek finished as runners-up in group reduced to three sides after the disqualification of Algeria’s Entente Setif. 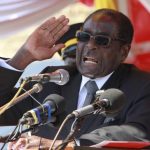 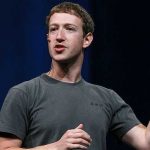