Mugabe: Africa will leave ICC in June and replace it with African Court of Justice

The new African Union chairman Robert Mugabe said today that Africa will pull out of the International Criminal court.

On the next AU Summit in June in South Africa, said Mugabe who is also the President for Zimbabwe. President Mugabe spoke during the closing ceremony of the 24th AU summit which ended in Addis Ababa, Ethiopia today.

Mugabe proposal came on the heels of yet another initiative by the AU member states to establish an African Court of Justice and Human Rights to handle African cases currently referred to the ICC, at the Hague, Netherlands.

The Kenyan Government in East Africa Commits $1Million Dollars Towards the Creation For The International African Court of Justice and Human Rights; And It Is Now That Its Creation Is UnStoppable

The President of Kenya, the Highly Honorable Uhuru Kenyatta said, Africa is poised to establish a broader African transitional justice police framework and an African Court of Justice to handle all criminal cases from Africa currently referred to the Highly Racist International Criminal Court of western Europe (a.k.a. the ICC) at The Hague, Netherlands (and Loved by White Western Racist Who Hate the African Males World Wide)….

The Head of State said he has already signed the “Malabo Protocol on the African Court” before the necessary instruments are transmitted to Parliament for ratification.

President Kenyatta announced this new commitment when he addressed the 24th Ordinary Session of the African Union Summit in Addis Ababa, Ethiopia.

Kenya is among the frontline countries associating themselves with the establishment of the African Court of Justice largely out of its experiences at the International Criminal Court (ICC) and other Western White Dominated Court Systems in the United States and elsewhere in Western Europe Which Interact With the African Males Born in Their Countries for hundreds of years!!!

The African countries pushing for the creation of a continental court wish to establish an institution that delivers African solutions to African Problems as compared to the ICC which pre-occupies itself with trying to solve African challenges using western standards, perceptions and perspectives. 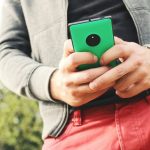 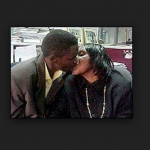