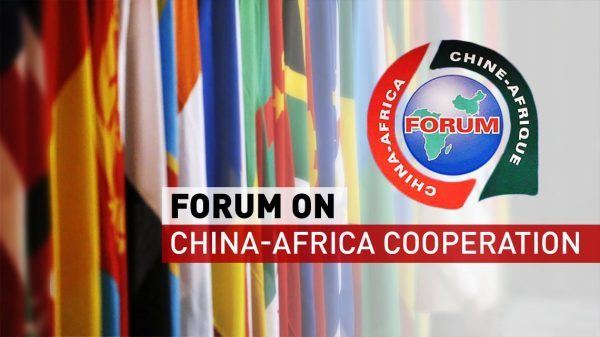 African leaders are in China for the “One Belt, One Road” summit, to discuss a new vision for multilateral cooperation and offer an opportunity for African countries to modernize their economies with technical and financial support from China.

Africa is expected to be the biggest beneficiaries since China-Africa trade and direct investment has hit 64 percent, the Chinese commerce ministry said during the pre-conference press briefing in Beijing.

“Trade cooperation between China and Africa is “off to a flying start” in 2017, thanks to policy benefits from a cooperative framework laid down by the Chinese and African leaders in South Africa in 2015”, said Sun Jiwen, spokesman at the Chinese Commerce Ministry.

Since China strengthened its relationship with Africa through the formation of the Forum on China Africa Cooperation (FOCAC) in 2000, the trade between China and African countries rose in the first quarter from 2000. The FOCAC greatly boosted the political influence of China-Africa relationship and served as an important driver for China-Africa practical cooperation in various areas.

FOCAC plans include building transnational and trans-regional infrastructure in Africa, and cooperation on the planning and construction of projects to achieve sub-regional connectivity and integration.

“I look forward to this particular meeting … and expect positive results that will be mutually beneficial in the principle of win-win situation for China, Kenya and Africa. The trip to China presents an opportunity to push Africa’s integration agenda through infrastructure development, increased trade and investments,” Kenyan President Uhuru Kenyatta said.

China has rapidly achieved a massive growth to become the world’s second largest economy after U.S.A. The proposed ambitious China plan of 2013, the “One Belt, One Road” policy aims to revive ancient land and sea trade routes that link China with many countries in Asia, Africa and Europe via trade and infrastructure networks.

According to the Chinese Foreign Ministry in a press conference, other summit key representatives include the United States, Russia, France, Japan and South Korea.

The theme of the forum is “Strengthening International Cooperation and Co-building the ‘Belt and Road’ for Win-win Development,” with discussions based on economic and trade cooperation, financial cooperation, infrastructure, industry investment, energy and resources, and cultural exchanges.

The construction of the Standard Gauge Railway in Kenya by the Chinese concessional loan is currently undertaken by the China-Kenya contractors. Photo: KBC

China’s total trade volume and investment in Africa rose from 16.8 percent to $38.8 billion in the first quarter of 2017 with agricultural imports rising to 18 percent, while Chinese exports fell by 1 percent from the previous year, Sun Jiwen, spokesperson for the Ministry of Commerce, told the press conference.

According to the Chinese spokesperson, this was the first quarterly rebound in bilateral trade between China and Africa since 2015, with Chinese imports from Africa up 46 percent to 18.4 billion dollars.

Sun attributed the growth to the implementation of ten major China-Africa cooperation plans raised at the 6th Ministerial Conference of the Forum on China-Africa Cooperation (FOCAC) Summit that was held in Johannesburg in December 2015, which included interest-free loans and preferential policies.

In the first quarter, Chinese enterprises made more than 750 million U.S. dollars of non-financial direct investment to African countries, up 64 percent year on year, Sun said, adding that the two sides are expected to move towards a higher level of economic cooperation this year.

Countries such as Ethiopia, Djibouti, Senegal, Kenya, Nigeria and South Africa are expected to benefit from the funding in financing infrastructures and other major investments. The Belt and Road Initiative complements Africa’s socio-economic transformation agenda that will be realized through increasing trade, economic diversification and connectivity.

China’s growing investment in the region is also likely to have been buoyed by its ambitious global trading strategy known as the Belt and Road Initiative, which appeared to be gaining traction recently, particularly in parts of East Africa where major infrastructure and defense projects are being built.

In East Africa, countries such as Kenya, Tanzania and Ethiopia has benefited from close cooperation with China and some of the significant projects resulting from the partnership include the Standard Gauge Railway and the first three berths at the coastal Lamu Port in Kenya, currently under construction.

The Bilateral trade between China and Africa stood at 149.1 billion U.S. dollars in 2016. 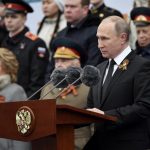 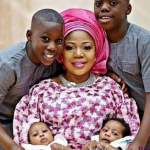