Previous Next
Africa needs 11 million more doctors, nurses and teachers by 2030 to prevent a “social and economic disaster”that could propel millions to migrate, the UN said on Thursday.
It said the 11 million were needed to help the continent cope with a booming population, with the number of children set to increase by 170 million to 750 million in the next 13 years.

Africa needs 11 million more doctors, nurses and teachers by 2030
“We are at the most critical juncture for Africa’s children,” Leila Pakkala of the UNICEF said in a statement.
“Get it right, and we could … lift hundreds of millions out of extreme poverty, and contribute to enhanced prosperity, stability, and peace,” said Pakkala, who heads UNICEF operations in eastern and southern Africa.
The UN’s children agency attributed the boom in births to high fertility rates, a rising number of women of reproductive age and lower child mortality.
UNICEF said by the end of the century, one in two children worldwide will live in Africa.
If they reach working age both schooled and healthy, they could spur economic growth – but for that to happen, Pakkala said investment in education and health were badly needed.
UNICEF added that more schools must be built.
The UN agency said that teachers, doctors, midwives and health workers must be trained and encouraged to stay in their community rather than move to cities or abroad.
More than one in five Africans aged six to 11 are not in school.
Girls, in particular, are more likely never to see a classroom, waylayed by child marriage and teenage pregnancy.
Six in ten Africans lack access to basic sanitation and on average there are only 1.7 medical professionals per 1,000 inhabitants, well below the minimum international standard of 4.45 set by the WHO.
To bridge the gap, 5.6 million health workers and 5.8 million teachers have to be trained by 2030.
“If it fails to invest in its future, Africa risks a “demographic disaster, characterized by unemployment and instability,”UNICEF said.
It painted a picture where a lack of jobs, rapid urbanization, and climate change could force millions to flee the continent seeking a better life overseas.
Robert Yates, a health expert at the British think tank Chatham House, said 11 million teachers and medics was a challenging goal but not unfeasible, as shown by the rapid development of some Asian countries, such as Thailand and China.
The UN agency added that this required a strong political will to boost public spending on health and education – rare in sub-Saharan Africa.
Nigeria, which currently accounts for 20 percent of all Africa’s births, for example spends only 0.9 percent of its GDP on public health, one of the lowest rates in the world.
Exceptions in recent decades included South Africa, Rwanda and Ethiopia. 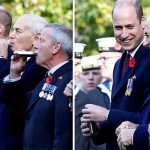 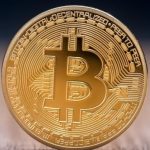