After twelve days of group stage action and two days of rest, the journey to African Cup of Nations, AFCON, glory resumes today in the land of the pyramids, Egypt.

The group stages coughed up lots of incidents from the goals, the misses, the blunders and the tactics. Not to forget the fans in the stands, the permutations as to who qualifies for the knockout not forgetting the empty stadia.

But with the group stage over, eight out of the 24 teams were eliminated whiles sixteen teams also slugged it out in the round of 16 to secure places in the quarter finals.

The final could potentially be an all West African or all North African affair. It could also be a battle between the West and North – Africa’s perennial football power blocs.

Senegal is the only team that has yet to taste AFCON glory in the quartet. Nigeria have won it thrice whiles Algeria and Tunisia have each won it once.

Tournament debutants Madagascar, who have been impressive in the tournament take on Tunisia, who are also yet to win or lose a match, in the quarter-final on July 11 at the Al Salam Stadium.

Madagascar, who shocked fans with a 2-0 group stage victory over Nigeria, will be hoping to continue the fairytale story that saw them qualify for Africa’s biggest football tournament for the first time.

Algeria are through to the semi-finals of the AFCON after beating Ivory Coast on penalties 4 – 3. The north Africans will face Nigeria in the first semi-final clash.

The game was the first quarter-final to have gone into extra time. Senegal beat Benin 1 – 0, Nigeria beat South Africa 2 – 1. The final quarter-final is between Madagascar and Tunisia. Winner faces Senegal in the other semi-final. 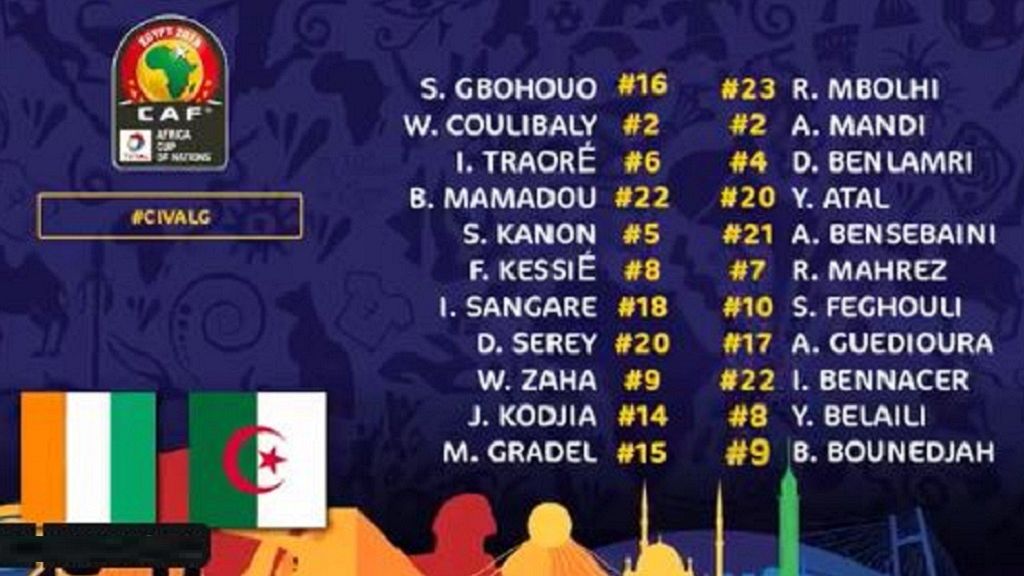 Algeria who have won all their four matches and are yet to concede a goal at the tournament are favourites to go all the way to the final, but they have to overcome Ivory Coast in the July 11 quarter-final in Suez.

“Algeria have shown that they are good at all levels. They are very powerful. They are the best team at the moment,” said Guinea’s losing coach Paul Put.

Ivory Coast, who lost to Morocco in the group stages have won matches against Namibia, South Africa to reach this stage.