Search
Menu
Search
Yahya Jammeh has indeed turned the Gambia. The more days pass, the more financial carnage he has signed. According to the Liberation radars , the Gambian authorities have established that Jammeh drew from the state coffers a provisional amount of 80 million euros or more 52 billion francs CFA!And to tell you, it was President Adama Barrow himself who made the revelation to European diplomats on the sidelines of his official visit to France. In the wake, he added that several investigations were opened to shed light on this financial crime. It will also specify that all the crimes perpetrated during the reign of the Banjul despot will be the subject of rigorous investigations.
ALSO READ:  The Founder of Black Lives Matter Elected 'Woman of the Year' by Glamour!!
Loading...
72
SHARES
ShareTweetGet Stories like this
PinterestGoogle 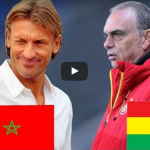 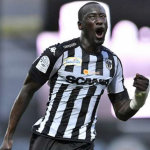