Sixty-nine Senegalese were expelled yesterday from The Gambia, according to a Gambian government source quoted by BBC Africa. This measure falls three days after a meeting between the interior ministers of the two countries in Dakar.

Until the expulsion of 69 Senegalese nationals living in the Gambia to Casamance, the relations between Banjul and Dakar were in perfect harmony.

The expulsion took place after an unannounced check, where undocumented Senegalese were apprehended by the immigration authorities of Banjul and its suburbs.

Last Wednesday, Gambian Interior Minister Mai Ahmad Fatty was in discussion in Dakar with his Senegalese counterpart Abdoulaye Daouda Diallo to reconcile the Gambia and Senegal’s joint strategy to fight crime and Cross-border banditry, drug trafficking and the terrorist threat.

Without waiting for a judicial decision on the fate of the stay of these Senegalese in Gambia, Buba Sanyang, the director of the Immigration services, ordered their expulsion towards the southern border that his country shares with Senegal.

A Gambian government source told BBC Africa that the decision to expel the Senegalese has nothing to do with Adama Barrow’s migratory policy. According to this source, no authorities of the National Security, the Justice of the Gambia or the Ministry of the Interior were consulted on these expulsions.
With leral 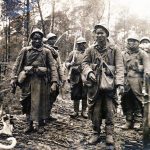 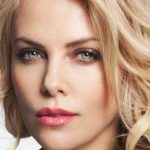