The US president has once again told Pyongyang that he would not hesitate to use armed force if the security of the United States is threatened.

The verbal escalation between Washington and Pyongyang continues. “The military solutions are now completely in place, ready for use, if North Korea behaves rashly. I hope Kim Jong-Un will find another way! “Said Donald Trump on August 11, on Twitter.

The day before, on 10 August, the American president had felt, in front of the press, that his recent warning addressed to North Korea had perhaps not been “hard enough”. He was referring to the following statement of 8 August: “North Korea would do better not to utter threats against the United States … They will come up against fire and anger.

The tone has hardened noticeably between Pyongyang and Washington in recent days. The belligerent remarks by both sides have increased fears that a direct confrontation between the United States and North Korea will break out. On 9 August, the official KNA agency unveiled a missile shooting plan to Guam Island, home to a US naval base and military base. On the same day, US Secretary of Defense James Mattis issued a statement urging North Korea to resist any escalation or war action against the United States, failing to witness “the end of its regime and the Destruction of its people “.

For his part, the American Secretary of State Rex Tillerson had played the card of appeasement. During a visit to Guam on 9 August, he described a situation that had not “sharply” evolved and did not give rise to “any imminent threat”.

“I do not see any military solution to this conflict. […] Germany will participate intensively in the possibilities of non-military resolutions, but I consider the verbal escalation as a bad answer, “she said. 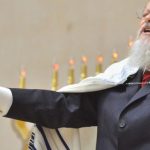 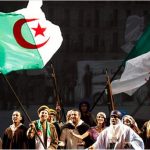