This is according to a report by BBC Africa, that claims the presidents of Nigeria, Angola, Zimbabwe, Benin and Algeria all share something in common; ‘an obvious lack of faith in the health systems of the country they rule’.

In terms of time spent abroad getting medical help, Nigeria’s President Muhammadu Buhari, 74, is the first among equals, but in the past year all these heads of state have travelled overseas for health reasons. In many cases they are leaving behind poorly funded health services, which most of their citizens have to rely on.

In 2010, the average amount spent on health in African countries per person was $135 (£100) compared to $3,150 in high-income countries, the UN’s World Health Organization said. In Zimbabwe, for example, state-run hospitals and clinics often run out of basic medicines like painkillers and antibiotics, according to health watchdog Citizens Health Watch. It says that the public health care system “continues to deteriorate at alarming levels” with lack of money being the main problem.

10 March: Returns home but does not resume work immediately

7 May: Travels to UK for further treatment

The report continues to say, Zimbabwe’s President Robert Mugabe, in power since 1980, has also been criticised by his political opponents for running the country “from his hospital bed” after his third medical trip to Singapore this year. ‘As for Nigeria, the public health system is “terrible” because of poor funding’. 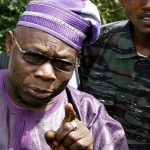 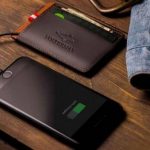